In this experiment you will look at combining the use of the accelerometer on the micro:bit to measure the orientation of the micro:bit and use it to control the angle of a servo.

Ready to shake, rattle and roll?

An accelerometer is a sensor that measures the gravitational forces pulling on it in all three dimensions of the chip's X, Y and Z axes.

Visualization of a Common Accelerometer (ADXL345) with Three Axes

Not only can an accelerometer measure the raw forces pulling on the chip and the object that the chip is sitting on, but it can also detect steps, shakes and other motions that have a specific pattern. On top of that, you can use an accelerometer to simply detect the orientation that the device is in. Did you ever wonder how your phone knows when you turn it from portrait to landscape? It is all because of the accelerometer in your phone! 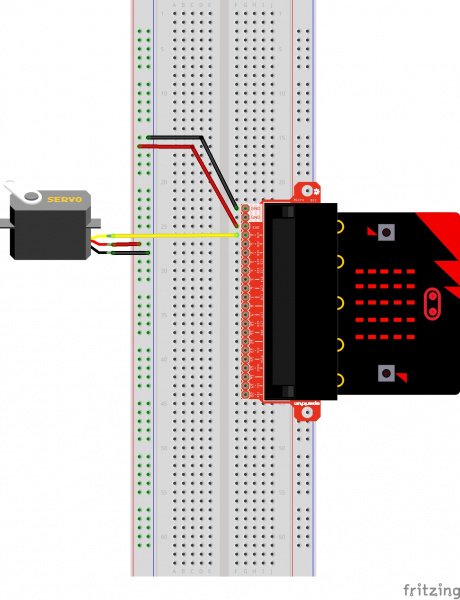 Having a hard time seeing the circuit? Click on the wiring diagram for a closer look.
⚡ Note: Controlling a servo with the micro:bit's 3.3V pin is not intended to give you a highly accurate angle of rotation, just basic movement from one position to another to get your project movin'. If you are looking for a higher degree of accuracy from your micro servo, we recommend powering your servo motor with the recommended operating voltage with an external power supply of 4.8V to 6V. Don't forgot to connect ground from the external power supply for reference.

Let's take a look at the code blocks in this experiment. 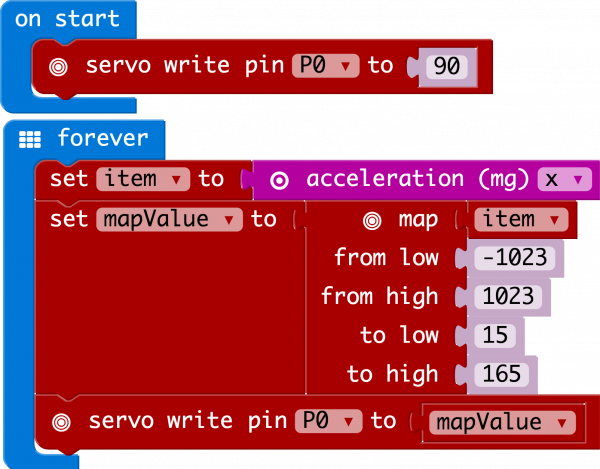 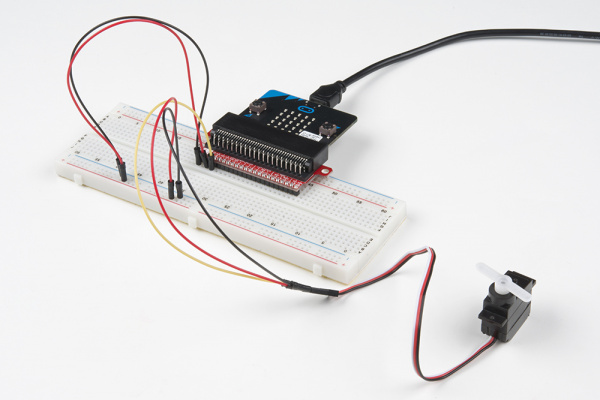 You may be holding the micro:bit in a different orientation. Flip it around and try again!

Double-check your wiring! Remember, red to 3.3 volts, black to ground, and white to signal.