In circuit 1B, you got to use a potentiometer, which varies resistance based on the twisting of a knob. In this circuit you’ll be using a photoresistor, which changes resistance based on how much light the sensor receives. Using this sensor you can make a simple night-light that turns on when the room gets dark and turns off when it is bright. 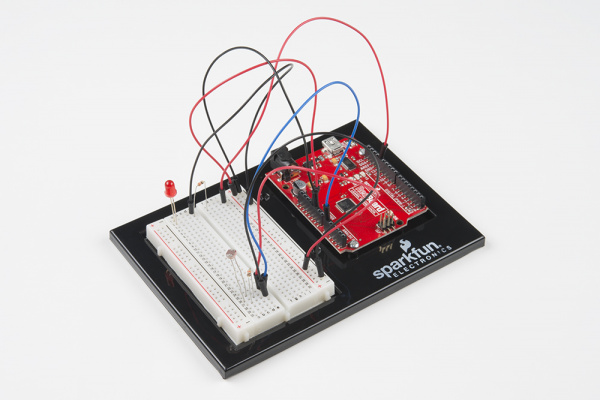 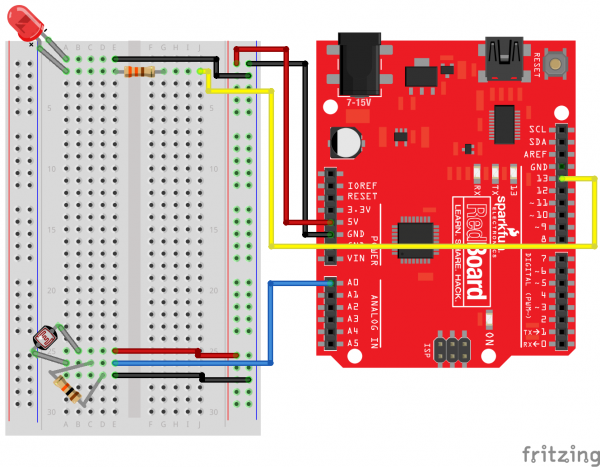 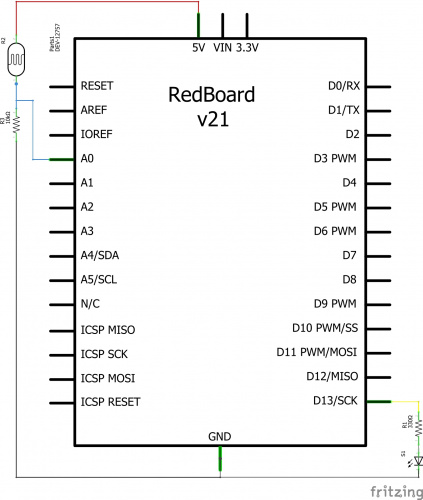 To open the code, go to: File > Examples > SIK_Guide_Code-V_4 > SIK_Circuit_1C-Photoresistor 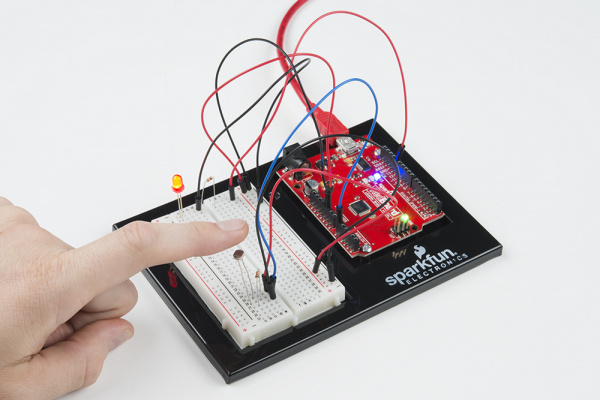