Connecting the Servo pHAT and Servos

The Servo pHAT is the interface for both the pan-tilt rig and the Qwiic sensors. The pHAT plugs in so that it's stacked directly above the Pi Zero. 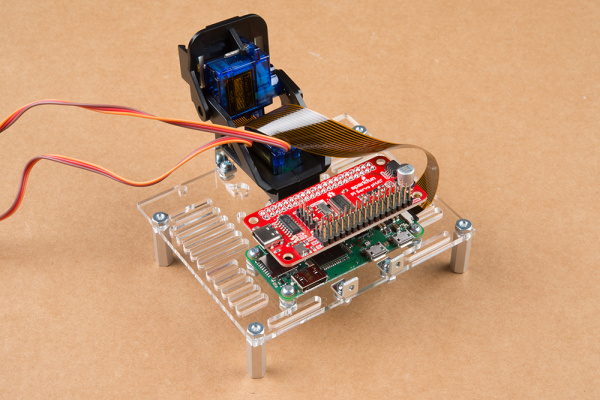 The servo cables for the pan-tilt rig will run underneath the mounting plate, under the board and pop out on the opposite side. The bottom servo plugs into ROW 0 and the top servo into ROW 1.

The brown wires should be on the pins closest to GPS board. See the image below. 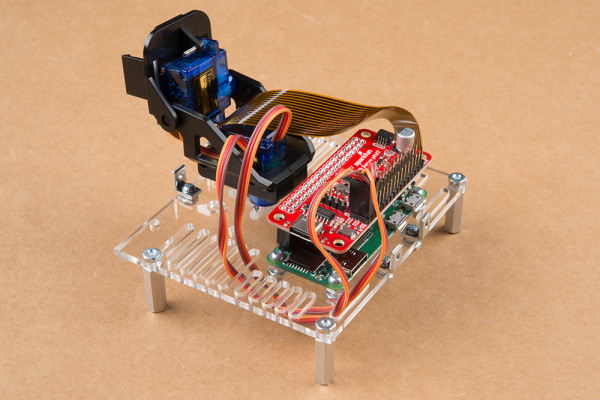