With the Qwiic connector system, assembling the hardware is simple. All you need to do is connect your SparkFun Photodetector -MAX30101 (Qwiic) to the RedBoard Qwiic with a Qwiic cable. Otherwise, you can use the I2C pins of your microcontroller; just be aware of logic levels. 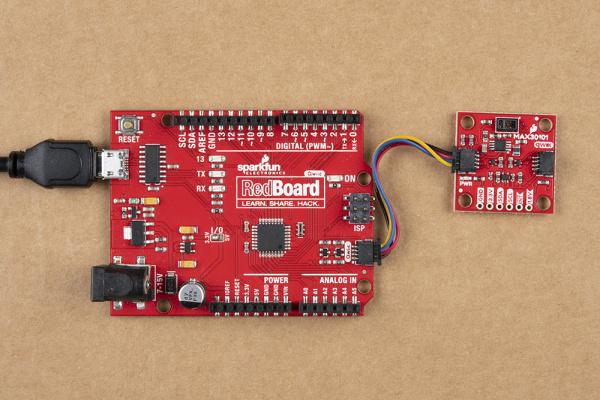 RedBoard Qwiic connected the Qwiic Photodetector with a Qwiic cable.

With the Qwiic connector system, assembling the hardware is simple. In addition to the SparkFun Photodetector -MAX30101 (Qwiic), you will need: a Qwiic cable, a SparkFun Qwiic pHAT for Raspberry Pi, single board computer, monitor, and standard peripherals. (*If you are unfamiliar with the Qwiic pHAT, you can find the Hookup Guide here.)

There are two single board computer (SBC) options that we have tested on: 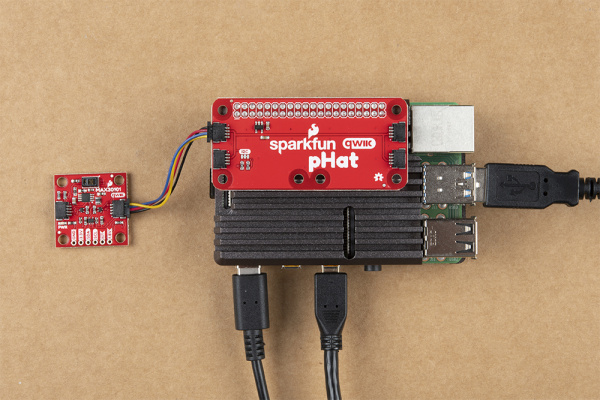 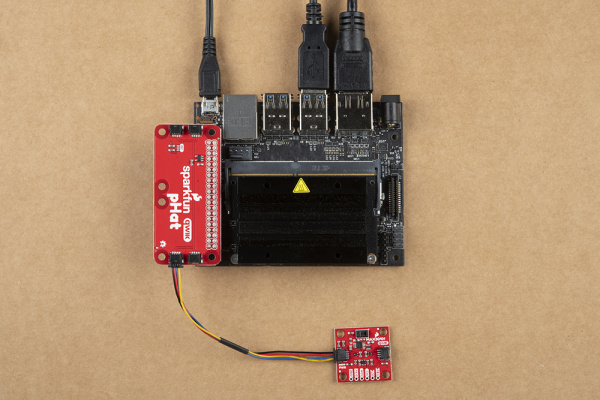 If this is your first time using a Jetson Nano, please head over to the Nvidia website to use their quickstart guides. We have listed a few of them here:

In both the Arduino and Python examples, there is are sample codes to demonstrate the MAX30101's biometric capability to detect a user's heart rate (or pulse). These are tricky examples to get working properly as the sensor can be finicky about the amount of pressure used along with the sensor's position on the finger. 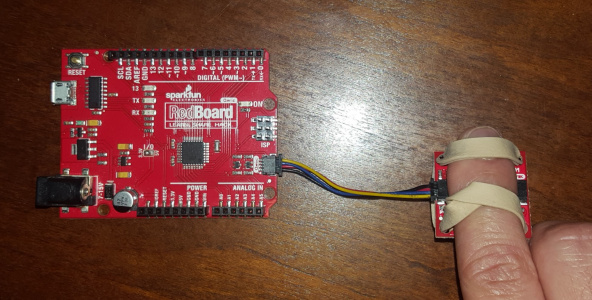 Using rubber band to attach MAX30101 sensor to a finger for Example 4 - Heart Beat Plotting in the Arduino examples.

Here are a few tips for users that may help: