The Qwiic Photodetector Sensor is laid out on the standardized 1" x 1" (2.54 x 2.54 cm) Qwiic breakout board and includes the standard four 0.13" mounting holes, which are compatible with M3 screws. 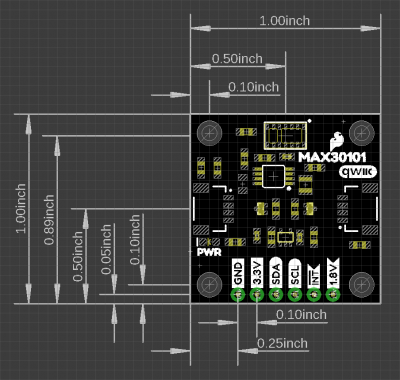 There is a power status LED to help make sure that your Qwiic Photodetector Sensor is getting power. You can power the board either through the polarized Qwiic connector system or the breakout pins (3.3V and GND) provided. The Qwiic system is meant to run on 3.3V, be sure that you are NOT using another voltage when using the Qwiic system. A jumper is available on the back of the board to remove power to the LED for low-power applications (see Jumpers section below). 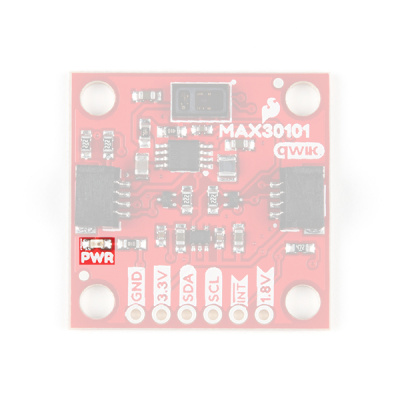 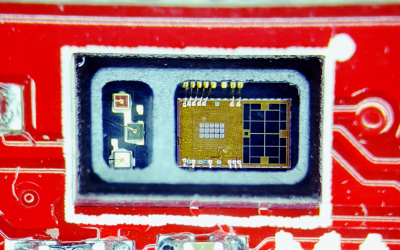 The working principle of the sensor is that the optical detector measures the changes in the reflected light that was emitted from the LEDs. This is great for various application like detecting particles or for photoplethysmography. 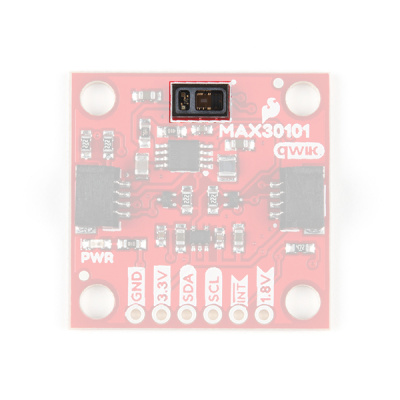 (*For more details on the MAX30101, users can check out the datasheet.)

Here are additional resources on how the MAX30101 functions for HR detection and pulse oximetry:

For more information on particulate matter and their detection, check out these resources:

Maxim's Original Firmware for the MAX30102 adapted in our Arduino Library:

The simplest way to use the Qwiic Photodetector Sensor is through the Qwiic connect system. The connectors are polarized for the I2C connection and power. (*They are tied to the corresponding power and I2C breakout pins.) 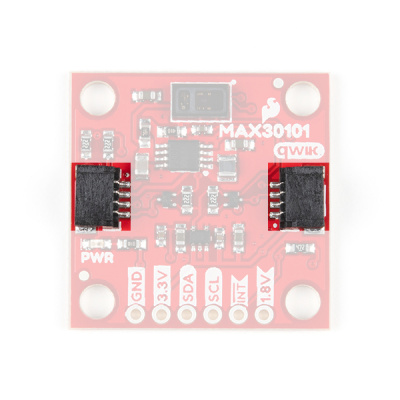 The board also provides six labeled breakout pins. You can connect these lines to the I2C bus of your microcontroller and power pins (3.3V and GND), if it doesn't have a Qwiic connector. The interrupt pin is also broken out to use for triggered events. 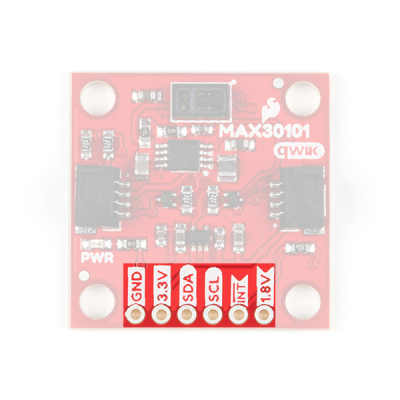 I2C Connections- The pins are tied to the Qwiic connectors.

The interrupt pins (active high) are used to indicate various states of the ADXL313, depending on how they are configured and if they are enabled. The INT pins are pulled down with a 4.7kΩ resistor.

There are three jumpers on the board. Not sure how to cut a jumper? Read here!

Cutting the LED jumper will remove the 1kΩ resistors and PWR LED from the 3.3V power. This is useful for low power applications 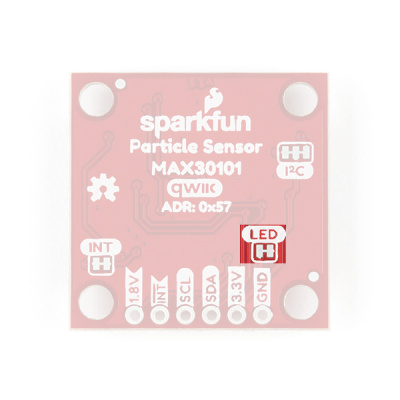 Cutting the I2C jumper will remove the 2.2kΩ pull-up resistors from the I2C bus. If you have many devices on your I2C bus you may want to remove these jumpers. Be aware that these resistors are also part of the transistor logic level shifting circuit. 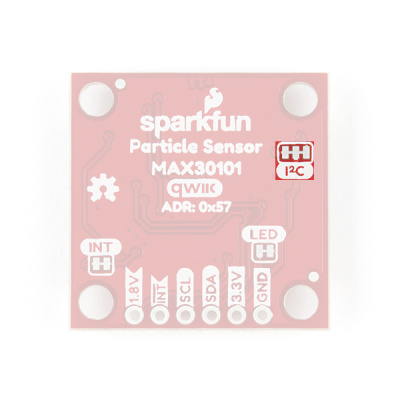 Cutting the INT jumper will remove the 4.7kΩ pull-up resistors from the interrupt pin. 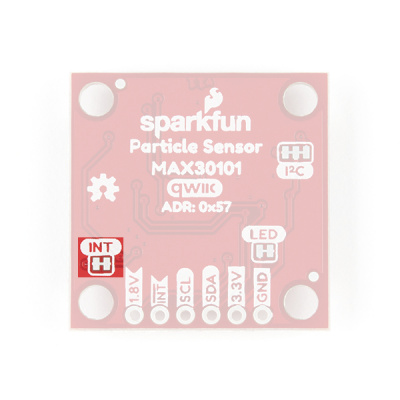