TIDs are the truly unique IDs assigned to each tag (and are not editable). They are 20 bytes long so they're a bit unwieldy but if you need them Example 9 will show you how. 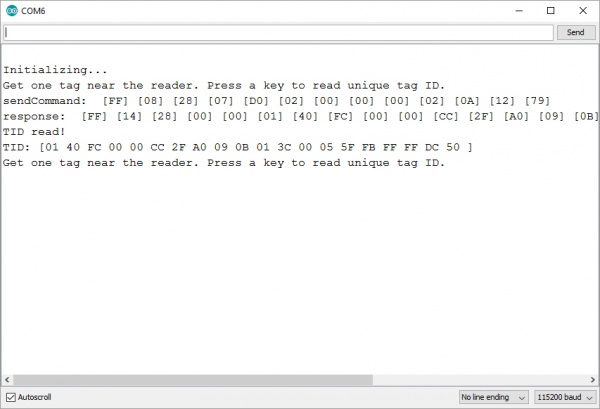 This example includes a new function called .enableDebugging(). This displays the commands sent to and responses from the RFID module. The counter function is .disableDebugging(). It's often helpful to see what commands are being sent to the module. Debugging also exposes how the module responded: Did it time out? Did it return an unknown response?