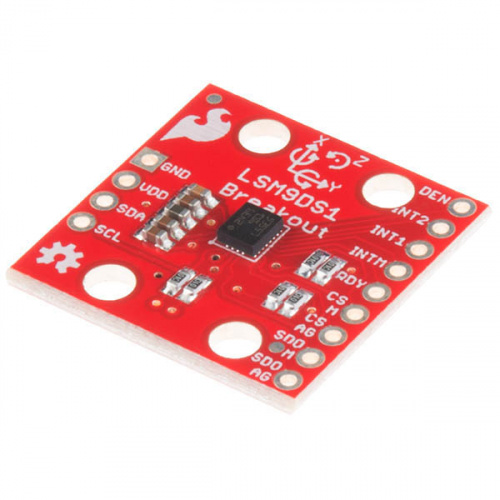 The LSM9DS1 is equipped with a digital interface, but even that is flexible: it supports both I2C and SPI, so you'll be hard-pressed to find a microcontroller it doesn't work with.

This tutorial is devoted to all things LSM9DS1. We'll introduce you to the chip itself, then the breakout board. Then we'll switch over to example code, and show you how to interface with the board using an Arduino and our LSM9DS1 Arduino library.

This tutorial explains how to use the LSM9DS1 Breakout Board with an Arduino. To follow along, you'll need the following materials: 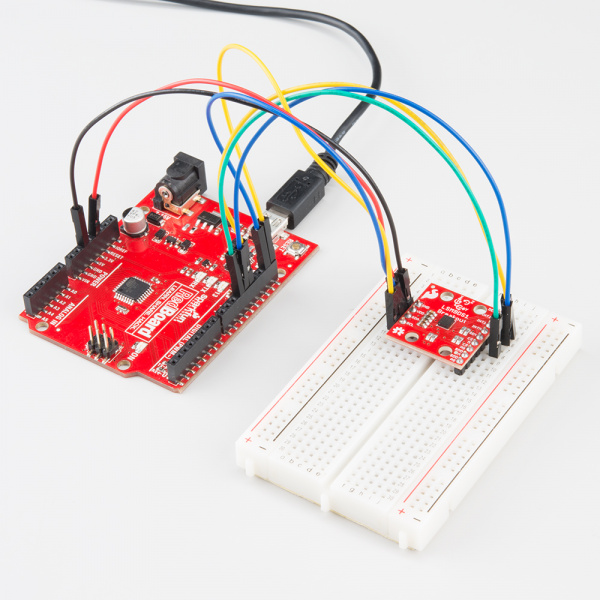 The LSM9DS1 is a 3.3V device! Supplying voltages greater than ~3.6V can permanently damage the IC. As long as your Arduino has a 3.3V supply output, and you're OK with using I2C, you shouldn't need any extra level shifting. But if you want to use SPI, you may need a level shifter.

A logic level shifter is required for any 5V-operating Arduino (UNO, RedBoard, Leonardo, etc). If you use a 3.3V-based 'duino -- like the Arduino Pro 3.3V or 3.3V Pro Mini -- there is no need for level shifting.

If you're not familiar with some of the concepts below, we recommend checking out that tutorial before continuing on.