After making your connection with the 3.3V FTDI, connect the USB cable to your computer. Assuming that the FTDI drivers have been installed, make note of what COM port on which the FTDI enumerated. On a Windows computer, I was able to view it in the device manager as shown below: 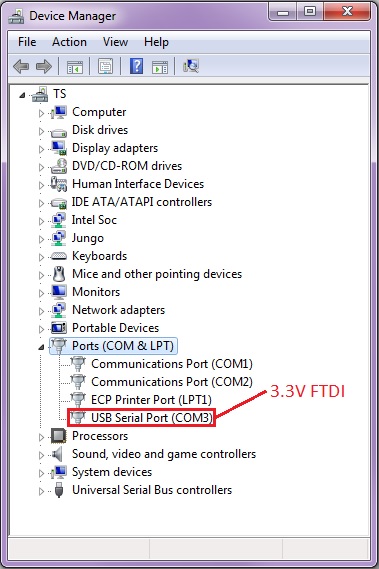 Opening and Connecting to the SDK_Demo.exe

To use the demo SDK on a computer:

*Note: The available COM ports range from "COM3" to "COM10". If your USB-to-serial converter enumerates to a number higher than that, you would need to go to your computer's device manager to force it to a lower COM port number.

The image below shows how the SDK_DEMO.exe looks like before connecting: 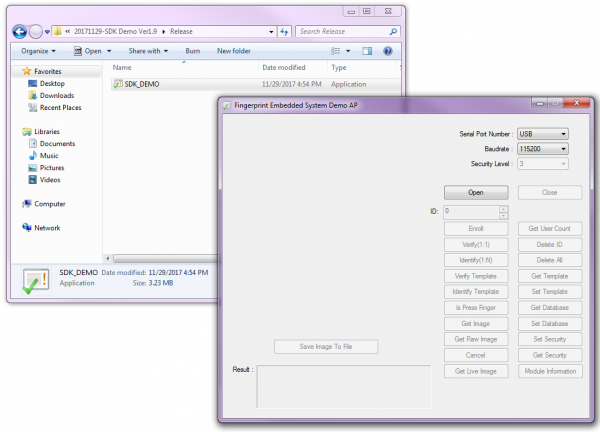 Once the demo SDK has been opened, it will look like this: 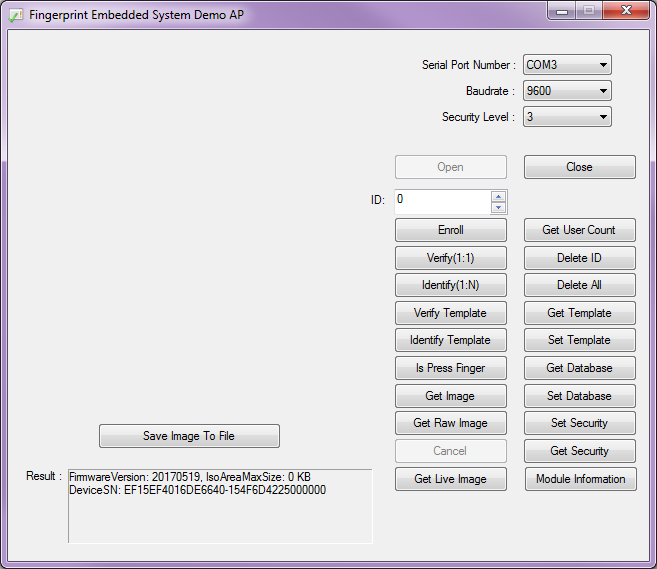 The FirmwareVersion and DeviceSN might be different depending the serial number that the manufacturer assigned. After connecting the fingerprint scanner to the FTDI, I was able to utilize all of the features as stated in the datasheet. The features in the demo software are based on the protocol commands. We will go over two features that are frequently used in this section. If you are interested, feel free to experiment and test the other features.

To enroll a fingerprint to the module, you would need to enroll your finger three times for each ID before the scanner can save it as a template. The white LED will light up to begin reading your fingerprint: 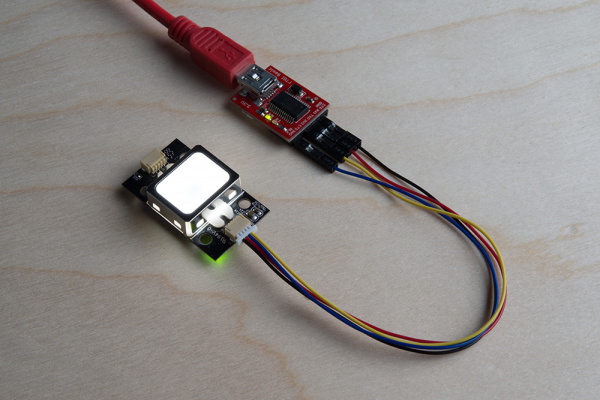 To enroll a fingerprint:

The template will have a number associated with the fingerprint scanner and it will be saved in its local database.

After enrolling, you will want to test to see if the fingerprint can be identified. To test and verify, press on the Identify(1:N). The white LED will being to light up and a request to "Input finger!" The SDK_DEMO.exe will check through the local database to see if it can recognize fingerprint against the saved fingerprint templates. If successful, it will respond with an ID that matches and the time it took to identify: "ID=0: 546ms;" .