The GT-521F32 and GT-521F52 have a lot in common with the previous models. They have the same protocol commands and packet structure. Code that was implemented for previous models should be functionally the same. The fingerprint scanner has the ability to:

However, there are a few differences in the boards. These include:

The image below shows the fingerprint scanner's optical sensing area where the device will be able to scan your fingerprint. 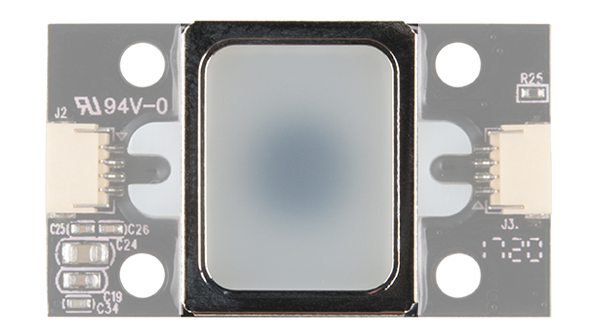 There is a marking next to the JST-SH connector that indicates polarity. The JST-SH connector breaks out the pins for serial UART and power. While the input voltage is between 3.3V and 6V, the UART's logic level is only 3.3V. You will need a logic level converter or voltage divider to safely communicate with a 5V device. 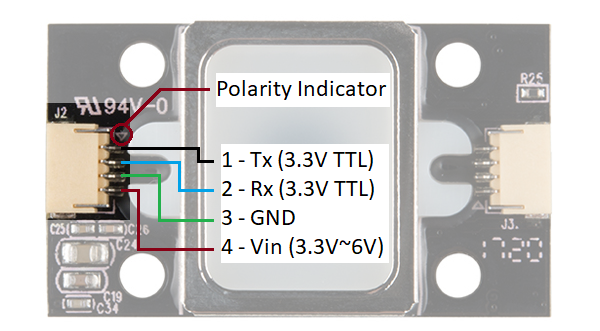 Note: Make sure that you are connecting to the correct JST connector indicated by the polarity marker and capacitors. The JST connector on the other side of the board are not connected to the same pins for serial UART. 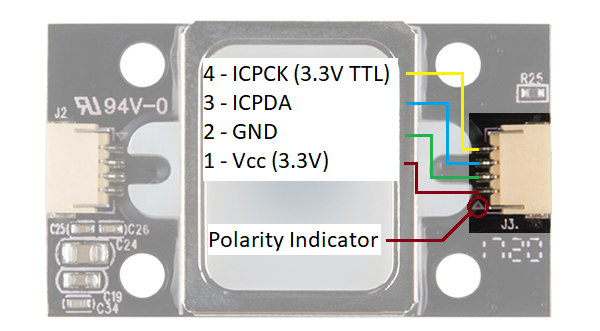 Note: If the fingerprint scanner is powered from the UART side, you will need to still provide 3.3V to power the touch interface. The GND is connected to GND plane.
Share
Use this URL to share: