Underneath the enclosure, the scanner uses LEDs and tiny camera to read a fingerprint. On the back, there is a processor that will try to read whatever is placed on top of the scanner's enclosure. 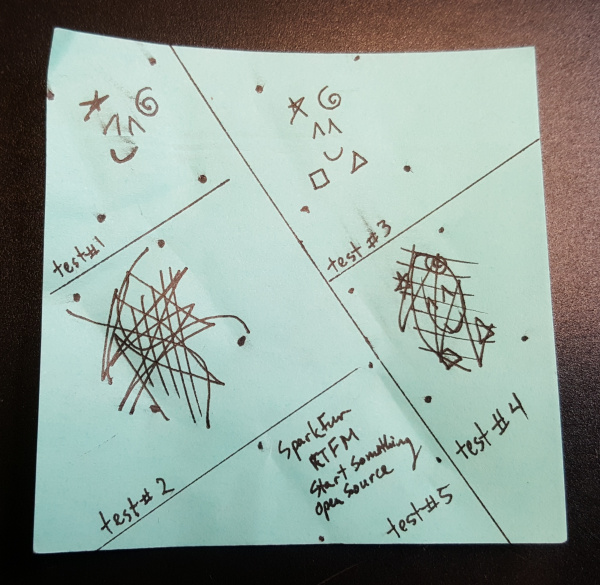 I drew fiducials to align the fingerprint scanner's with the drawing in the image below. This ensured that the fingerprint was placed in the same position for each scan. 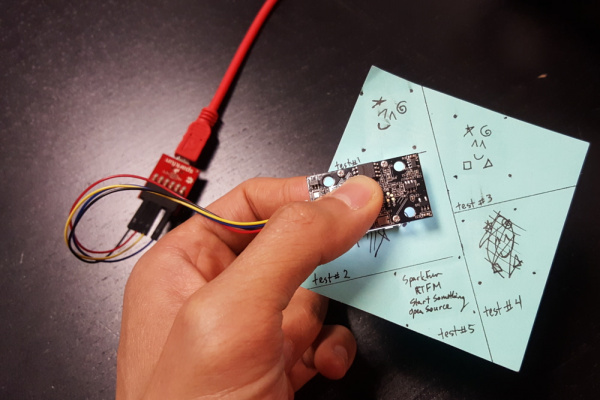 I was also interested in how each of the images would look like after it was scanned. Luckily, the SDK_Demo.exe had a feature to get the image and save as a bitmap. The "Get Image" button requires a valid fingerprint press before the device begins scanning. The "Get Raw Image" immediately scans whatever is on the scanner even if it is not a valid fingerprint pattern. After clicking on the "Save Image To File", a 240x216 sized bitmap image was taken from the GT-511C1R's optical sensing area and saved to my computer. Below are images of the tests after saving the patterns: