Note: This tutorial is for the LSM6DSO. It is important to note that last designation for the IC is the letter O as opposed to the number 0. There is also the LSM6DS0 that was released by STMicroelectronics but it is EOL.

The LSM6DSO is an accelerometer and gyroscope sensor with a giant 9 kbyte buffer and embedded processing interrupt functions, specifically targeted at the cellphone market. The sensor is super-flexible and can be configured specifically for an application. We've put together a driver and slew of examples to help you explore the possibilities. 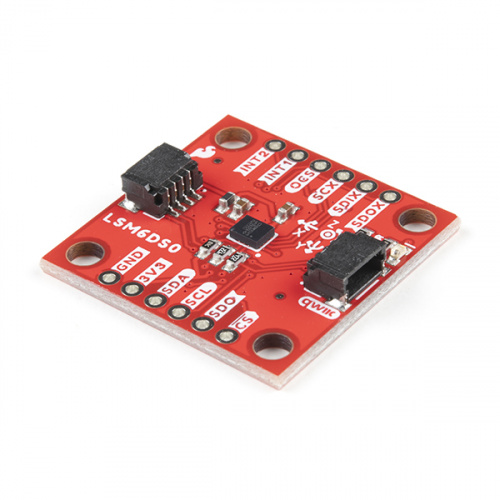 Some of the things the LSM6DSO can do:

This tutorial gives you all you need to get going with the LSM6DSO. We'll introduce you to the chip itself, then the breakout board. Then we'll switch over to example code and show you how to interface with the board using an Arduino and our SparkFun LSM6DSO Arduino library.

These 0.8m cables have minor, yet genius modifications that allow both ends to be plugged into their ports regardless of thei…

$3.95
Favorited Favorite 3
Wish List
Warning! The LSM6DSO is a 3.3V device! Supplying voltages greater than ~3.6V can permanently damage the IC. As long as your Arduino has a 3.3V supply output, and you're ok with using I2C, you shouldn't need any extra level shifting. If you want to use SPI, you may need a level shifter.

$4.25
Favorited Favorite 19
Wish List
A logic level shifter is required for any 5V-operating Arduino (Uno, RedBoard, Leonardo, etc). If you use a 3.3V-based 'duino -- like the Arduino Pro 3.3V or 3.3V Pro Mini -- there is no need for level shifting. 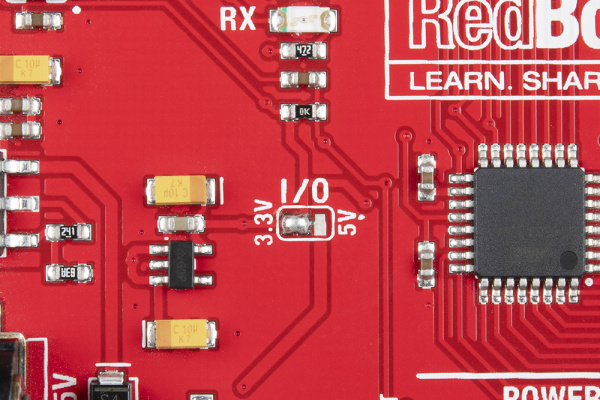 If you aren't familiar with the Qwiic system, we recommend reading here for an overview .

If you aren’t familiar with the following concepts, we also recommend checking out a few of these tutorials before continuing.

Gyroscopes measure the speed of rotation around an axis and are an essential part in determines ones orientation in space.
Favorited Favorite 20

Learn the difference between 3.3V and 5V devices and logic levels.
Favorited Favorite 74

A quick introduction to accelerometers, how they work, and why they're used.
Favorited Favorite 27

An introduction to I2C, one of the main embedded communications protocols in use today.
Favorited Favorite 115
Share
Use this URL to share: