Plugging in the pHAT and Cables

The Servo pHAT is the interface for both the pan-tilt rig and the Qwiic sensors. The pHAT plugs in so it’s stacked directly above the Pi Zero. 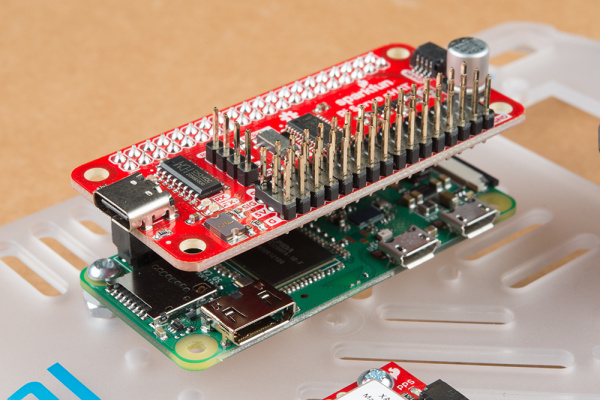 The Qwiic cable that connects the GPS Board to the Servo HAT runs underneath the cover plate as shown below. It’s best to plug this in at this step as the pan-tilt cables will impede it later. 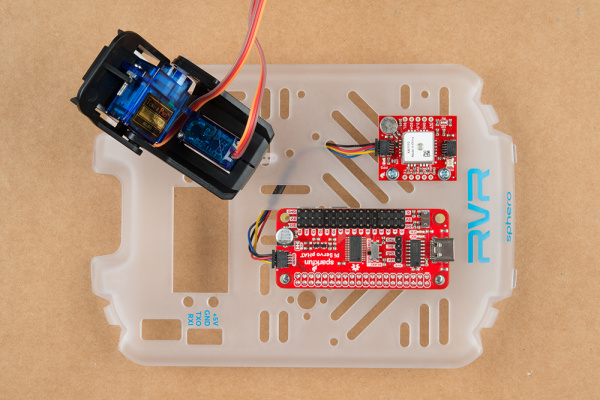 The servo cables for the pan-tilt rig will run underneath the mounting plate, under the board and pop out on the opposite side. The bottom servo plugs into ROW 0 and the top servo into ROW 1.

The brown wires should be on the pins closest to GPS board. See the image below: 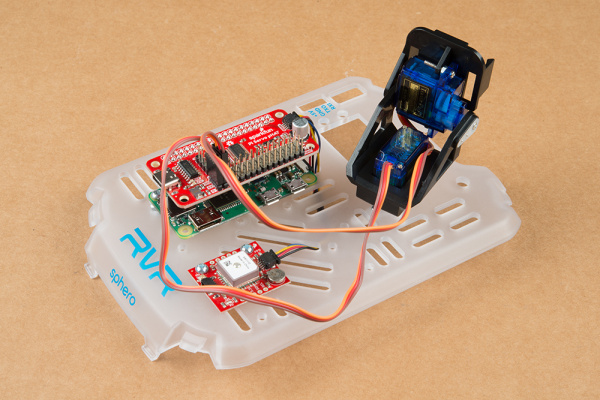 You can also run these cables underneath the cover plate but be sure it won't impede the movement of the pan-tilt mechanism.