The XBee3 Thing Plus was designed to work with MicroPython and XCTU.

XCTU is free software, provided by Digi (the manufacturer of XBee), which we use to configure and manage XBees as well as test XBee networks. If you haven't worked with XCTU before, head on over to our Exploring XBees and XCTU tutorial to get set up.

How to set up an XBee using your computer, the X-CTU software, and an XBee Explorer interface board.
Favorited Favorite 15

If you've never connected an CP2104 device to your computer before, you may need to install drivers for the USB-to-serial converter. Check out our section on How to Install CP2104 Drivers from one of our other tutorials for help with the installation.

Once you have XCTU installed, presumably you'll have the XBee plugged in and visible in XCTU. If not, head on back to the Exploring XBees and XCTU tutorial to get yourself set up. Now you'll need to update the firmware, and likely the bootloader. 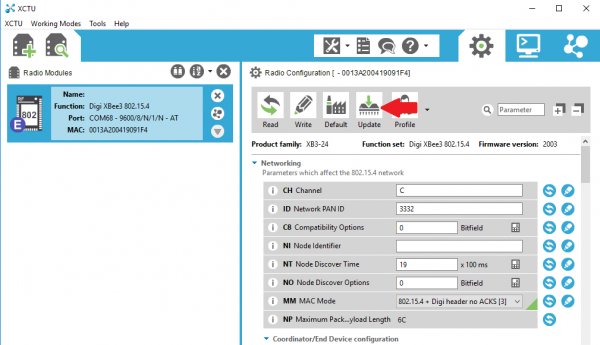 Make sure you have the latest selected and go ahead: 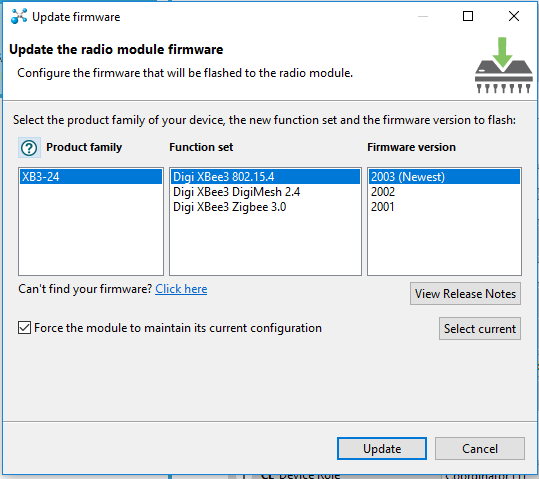 You'll be guided through a number of dialogs. If you are asked to update the bootloader, go ahead and do so.

Most of the settings in the XCTU can be left alone. However, if you plan to upload or edit the code on your XBee, you'll need to enable the API and set it to MicroPython REPL. 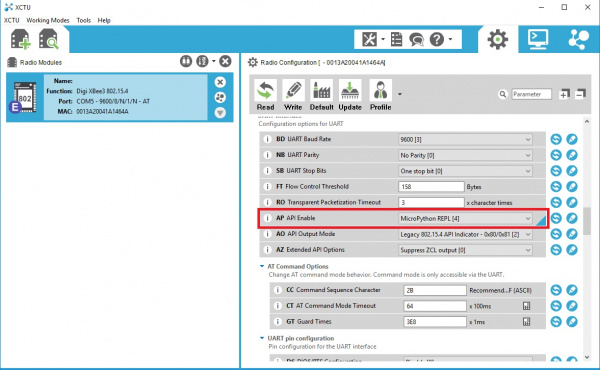 Make sure to click the "Write" button to save your changes! 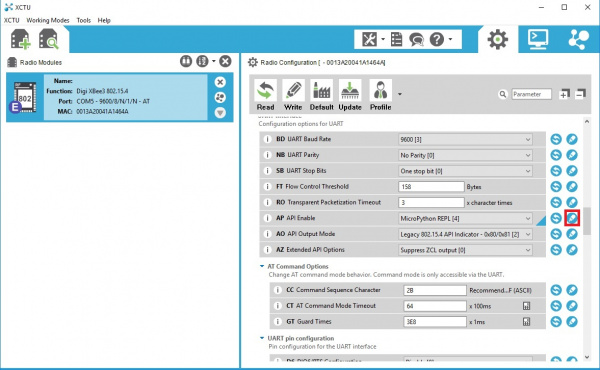 Do It Again! If you have multiple XBees, you can set up the second XBee the same way as the first.
Share
Use this URL to share: