Before you can build circuits, you'll want to first assemble the breadboard baseplate. This apparatus makes circuit building easier by keeping the breadboard and the RedBoard Qwiic microcontroller connected together without the worry of disconnecting or damaging your circuit. The larger the circuit, the more wires needed to build it. The more wires there are, the easier it is for one of those wires to come undone.

To begin, grab all the parts: the RedBoard, the breadboard, the included screwdriver, the baseplate and the two baseplate screws. 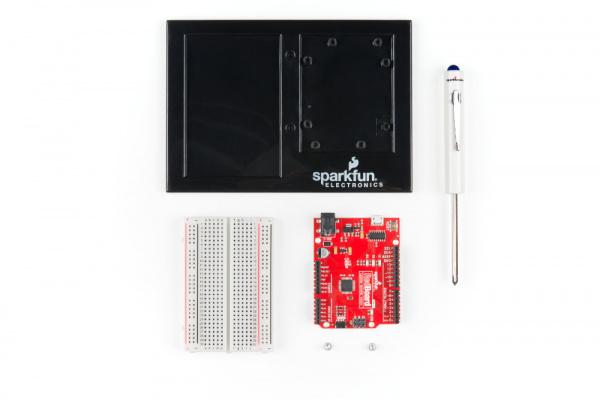 Next, peel the adhesive backing off the breadboard. 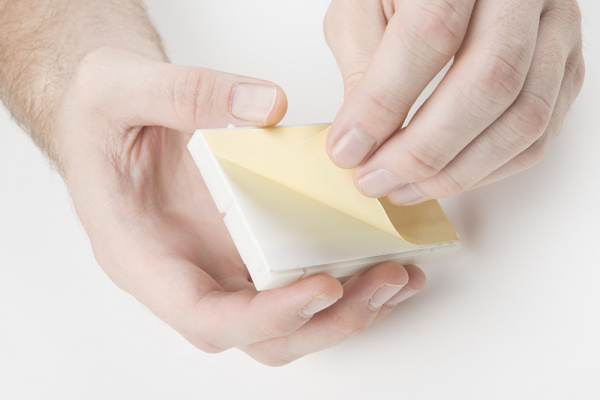 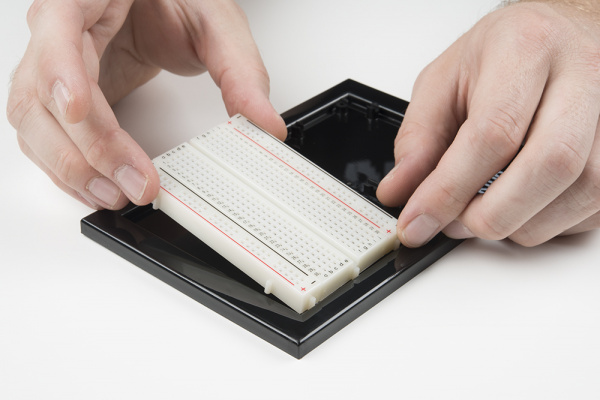 Align the RedBoard with its spot on the baseplate. The text on it should face the same direction as the text on the breadboard and the baseplate. Grab on of the two included screws, and firmly screw it into one of the four stand-off holes found on the RedBoard. The plastic holes are not threaded, so you will need to apply pressure as you twist the screwdriver. 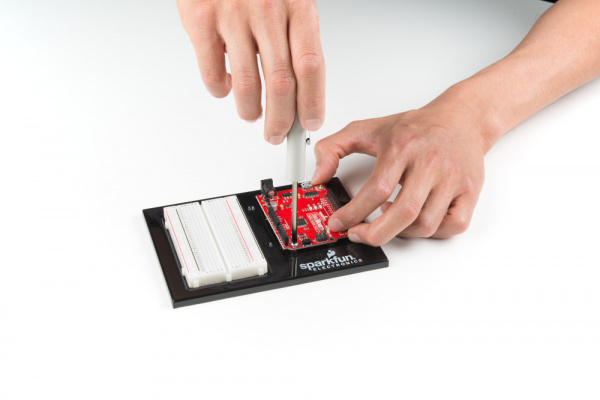 Screw the second screw in the stand-off hole diagonally across from the first. With that, your baseplate is now assembled. 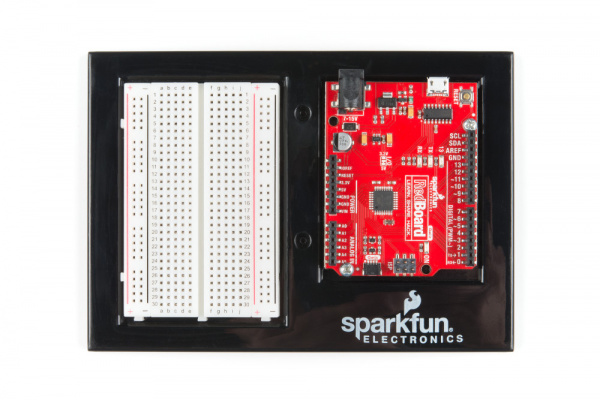 Newer versions of the Arduino Uno come with a clear, plastic baseplate of their own. It will need to be removed before the Uno can be attached to the breadboard baseplate. To remove it, pull it from the Uno. 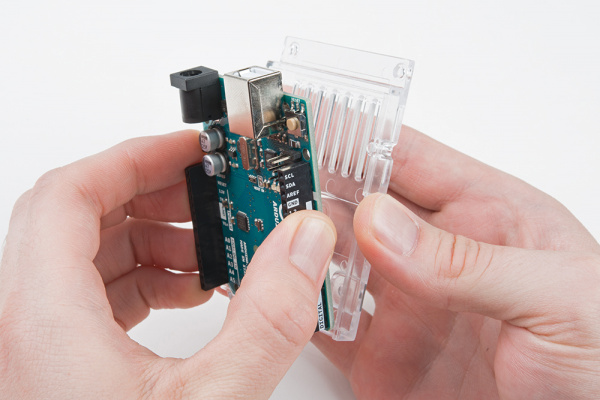 You may now attach the Uno to the baseplate as shown in the instructions above. 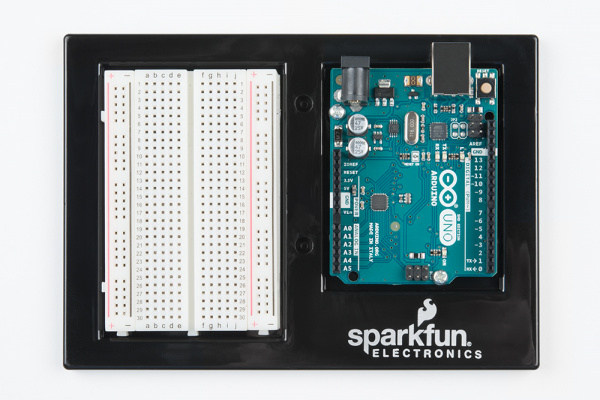