With the Qwiic connector system, assembling the hardware is simple. All you need to do is connect your Qwiic Atmospheric Sensor (BME280) to the RedBoard Qwiic with a Qwiic cable. Otherwise, you can use the I2C pins of your microcontroller; just be aware of logic levels. 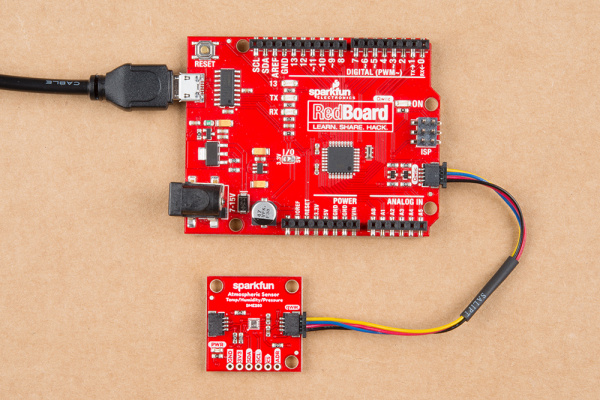 Note: This sensor and the Python library have not been tested on the newly released Raspberry Pi 4 because we don't carry it in out catalog yet.

With the Qwiic connector system, assembling the hardware is simple. In addition to the Qwiic Atmospheric Sensor (BME280), you will need: a Qwiic cable, a SparkFun Qwiic pHAT for Raspberry Pi, and a Raspberry Pi setup with the Raspbian OS, monitor, and standard peripherals. (*If you are unfamiliar with the Qwiic pHAT, you can find the Hookup Guide here.) 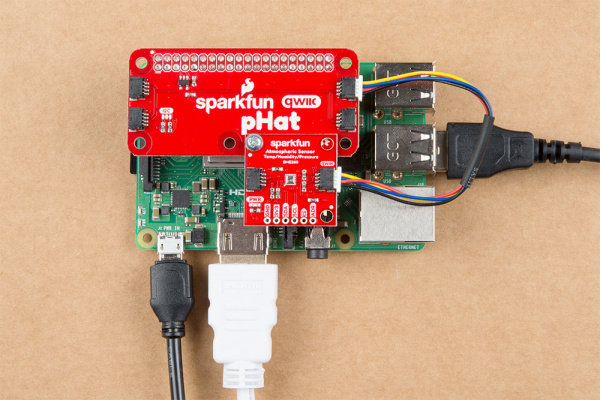 Raspberry Pi 3B+ connected the Qwiic Atmospheric Sensor with a Qwiic pHAT and Qwiic cable.
(*A 4-40 screw and nut were used to mount the senor to the pHAT.)

Alternatively, you can also use a Raspberry Pi 3 and the Qwiic HAT instead. 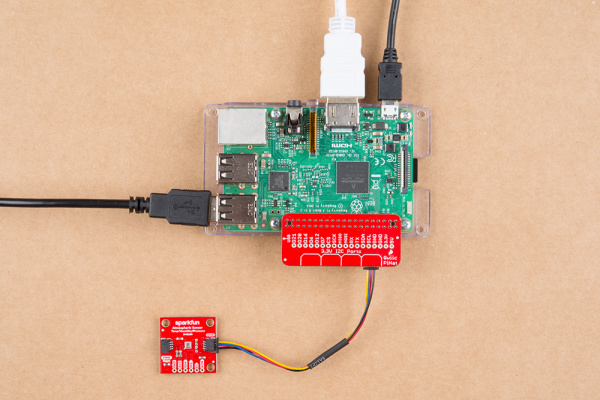