Downloading audio clips and playing them on a Raspberry Pi is quite simple. We will use the command line to download a .wav file, adjust the audio, and test playing the file. Then, we'll write a Python script to play that file whenever we press a button!

Good news, everyone! We will be using the same circuit from the previous experiment. 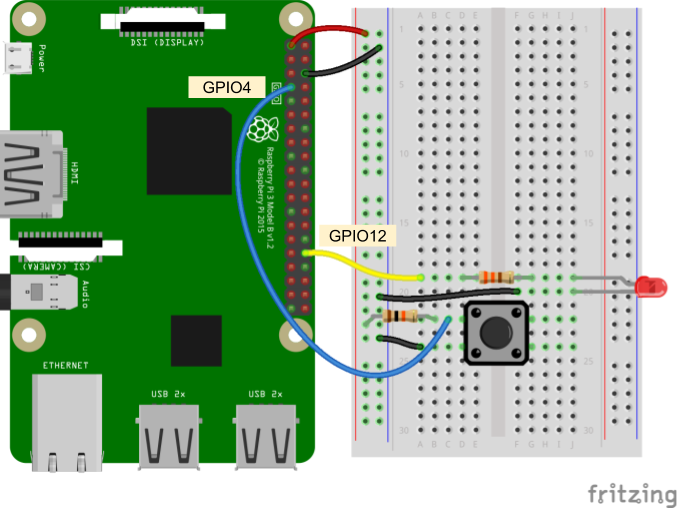 You will also need to plug an external speaker (or a set of headphones) into the Pi's headphone jack. If you are using the Hamburger Mini Speaker, make sure it is charged and turned on. 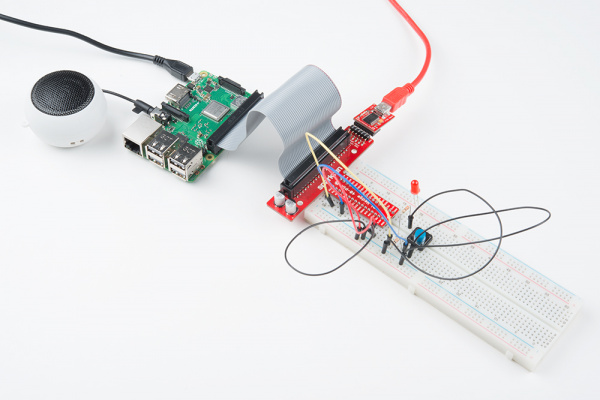 Before we write code, we need to configure the audio from the command line. Open a terminal (if you are using Raspbian with a desktop).

Note: Make sure you have selected the 3.5mm ('headphone') jack as your output audio device from the sudo rasp-config advanced options. Refer to the Configure Your Pi section to see how to do this.

From a terminal, enter the following commands:

Verify that your audio is on and up by entering the command: 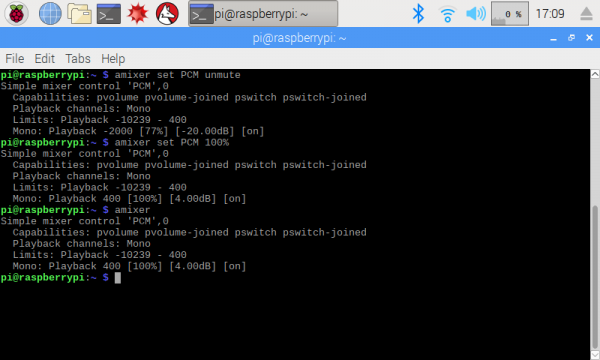 Download a free sound clip (we'll go with some applause, because we're awesome):

Test playing this sound with:

You should hear some nice cheering and clapping out of your speaker (or headphones).

Depending on your version of Raspbian, you may or may not have to install the pygame package (e.g. Raspbian Lite does not come with some Python packages pre-installed). In a terminal, enter the following:

Save the file (e.g. applause.py), and start the program with python applause.py. Push the button, and you should hear some congratulatory sounds! 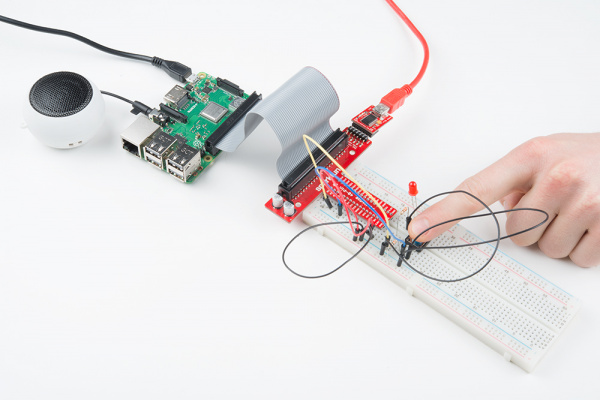 Troubleshooting: If you see the message "ModuleNotFoundError: No module named 'pygame'" you will need to install the pygame package by entering pip install pygame in a terminal.

To play sounds, we are using the pygame package. A package in Python is a collection of modules grouped together. Lucky for us, pygame comes pre-installed with Python on Raspbian. To use it, we just need to use from pygame in our code, and we can specify which module we want to use by saying import after it. For example, we might say:

Our downloaded file, applause-1.wav is used to create a Sound object, which we store in the sound variable. We can call the .play() method in our Sound object to start playing the .wav file.