Interested in getting into LilyPad? Or maybe it's Arduino that tickles your fancy? Just want to add a little white-blinky-LED zest to your vest? All of the above? The ProtoSnap LilyPad Simple is a great tool to explore any of these subjects. 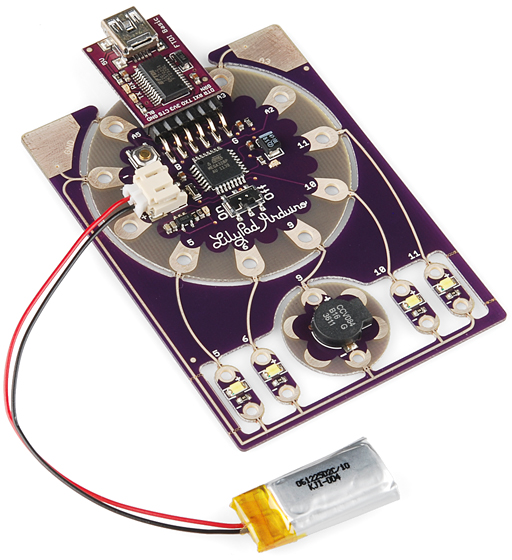 This tutorial is aimed at getting the reader familiar with a variety of topics including: LEDs, LilyPad, Arduino, buzzers, and just circuits in general. I'll cover the basics, like what's going on with all those copper traces all over the ProtoSnap, and what an LED does. We'll also discuss the steps required to load your first Arduino sketch onto the ProtoSnap.

Following that, we'll actually demo how you can make something with the ProtoSnap. We'll be breaking the pieces apart to build a high-tech fabric raygun! 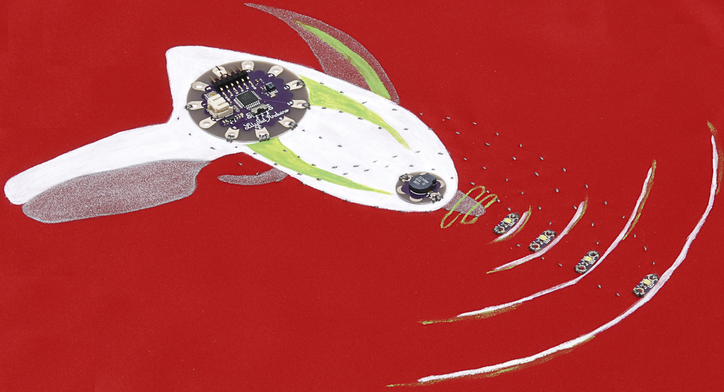 Before we begin though, I'd just like to say one thing. You've probably seen this warning a few times, but just to reiterate:

Don't snap the ProtoSnap apart! Yet.

This tutorial builds upon some concepts ranging from basic electronics to sewing. If you haven't already, it may help to review some of these tutorials:

And there are a few general electronics concepts which might help to know a bit about: