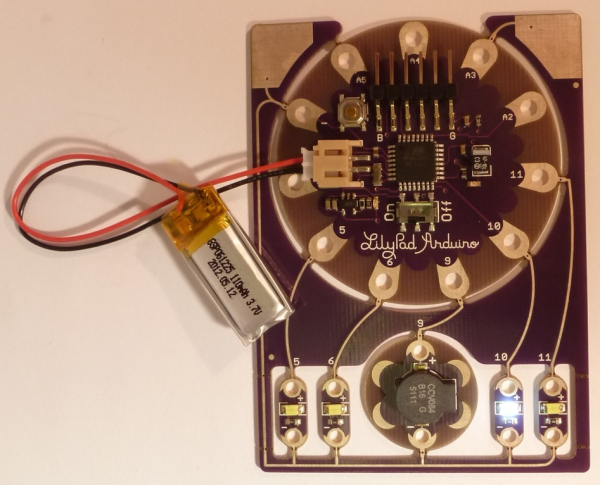 The ProtoSnap should run through its example sketch. The LEDs will light up in progression, the buzzer will buzz, and then nothing will happen. Seemingly nothing that is. Try touching both of those big, silvery, corner pads (labeled GND and A3) at the same time. 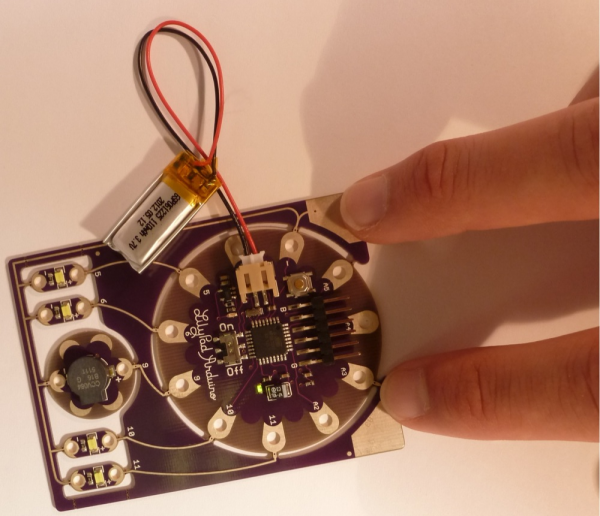 Turns out the example sketch has some really nifty code that can turn varying levels of touch-sensing into beautiful synth sounds.

If you want to relive the blinkiness, hit the reset button (it's a little gold circle surrounded by silver, up near the FTDI connector). Be gentle while hitting the reset button, and make sure you've got the ProtoSnap on a solid, level platform (speaking from experience, I just unsnapped my ProtoSnap's ground trace by hitting reset a little to hard).