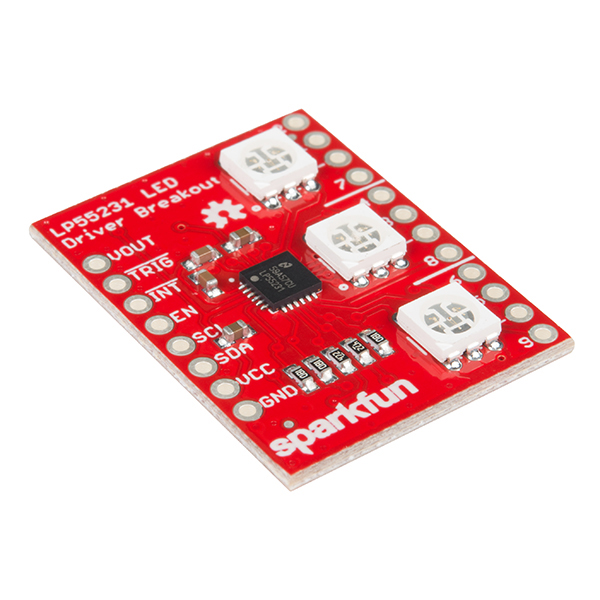 The LP55231 is a deep part. Our recommended "going further" in this case is actually becoming more familiar with its inner workings.

To get deeper into the LP55231, look over the other example sketches in the repository. There are demonstrations of features that we haven't touched on here. Each sketch has a detailed comment near the top that describes what is going on.

From there, you can start to write your own LP55231 programs by modifying the examples, or even take the bold step of writing them from scratch!

For more LED fun, check out these other great SparkFun tutorials.

So you've built up a Simon Says kit? What next? This tutorial will get you up and running with Arduino software, guide you through a few example sketches, and send you on your way to create your own. Careful, this stuff is highly addictive. :)
Favorited Favorite 2

All the information you need to use the Spectacle Light Board in one place.
Favorited Favorite 2

Learn how to hook up the LilyPad Tri-Color LED and use a common anode RGB LED in e-textile projects.
Favorited Favorite 1