The LP55231 Breakout is a self-contained solution for developing and deploying the LP55231. It includes the LP55231 LED controller IC, plus three RGB LEDs. It also sports pads and jumpers for replacing the onboard LEDs with external ones, and configuring the I2C bus, which allows you to daisy-chain up to four LP55231's. 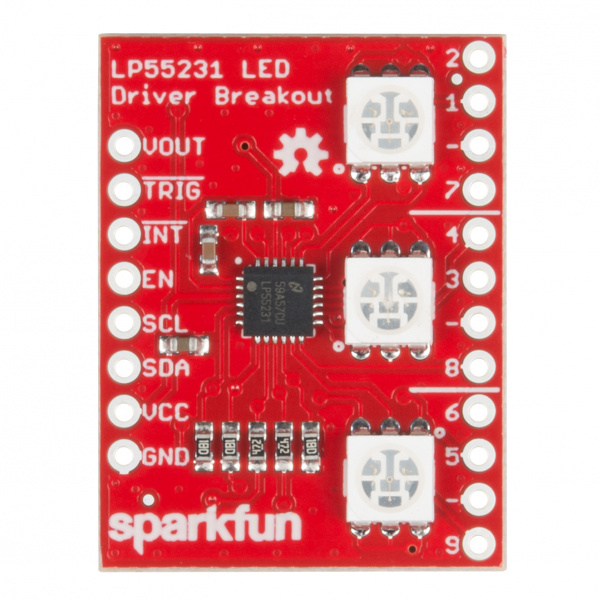 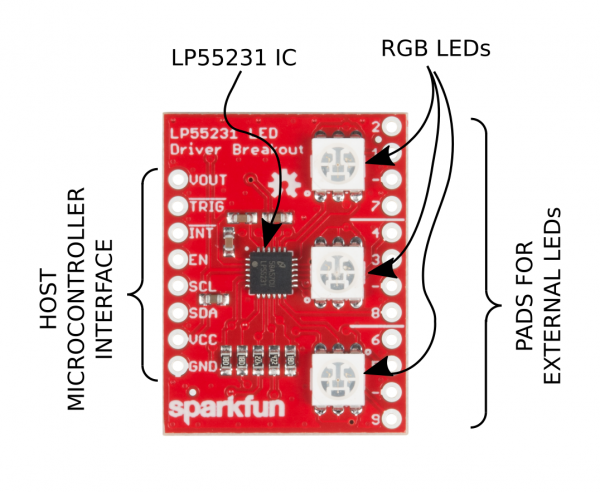 Along the left edge if the board are the logic signals that interface with the host microcontroller. This is the power input (GND and VCC pads), the I2C bus (SDA and SCL), and logic signals to interact with the execution engines (TRIG and INT). Finally, the charge pump voltage is available on the VOUT pad.

Towards the center of the board is the LP55231 chip, with supporting components. The chip is mostly self contained, though it requires a few resistors and capacitors.

Adjacent to the RGB LEDs are groups of four pads, for attaching external LEDs. The pads are in the same order as a common-cathode PTH LED, though, with some creativity, you can apply other LEDs.

Because the outputs are current sources, you don't need a series resistor when attaching external LEDs. Instead of calculating a resistor value for bias current, the current is configured by writing registers in the LP55231.

While the breakout is functional with no further configuration, it can be tailored to specific applications using solder jumpers on the back of the board. 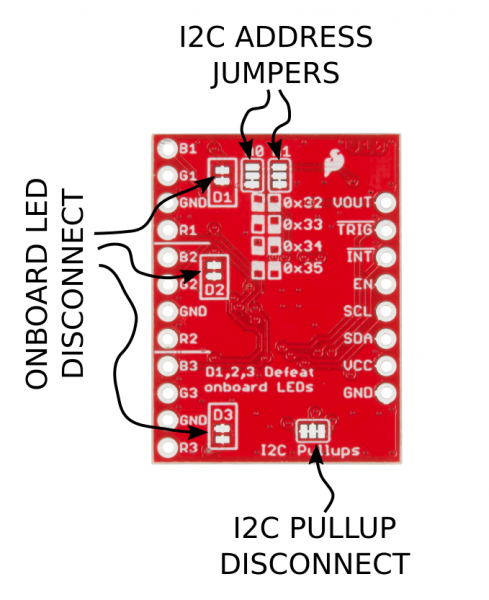 Jumpers A0, A1 and I2C Pullup Defeat

If you want to daisy-chain more than one LP55231 breakout, you'll want to assign each board a unique I2C address. You'll also want to defeat the I2C pullup resistors on all but one board, usually the last one in the chain.