Before we get into some software examples that use the LP55231 breakout, we'll need to connect it to a microcontroller. The examples were written using a 3.3V Pro Micro, but any Arduino-compatible microcontroller with an I2C interface will work with a little translation.

There's not much to the circuit: the Pro Micro, the LP55231 breakout, and a few wires to connect them. 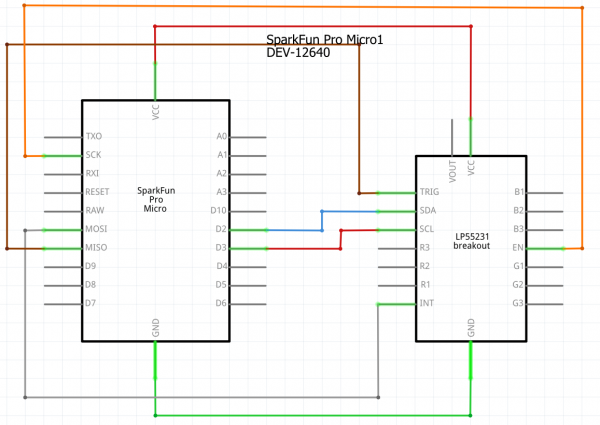 The connections are relatively simple. For simple operations, you'll need to connect 5 wires from the microcontroller to the LP55231. For some of the more sophisticated examples, you'll also need to connect two GPIO pins for INT and TRIG. 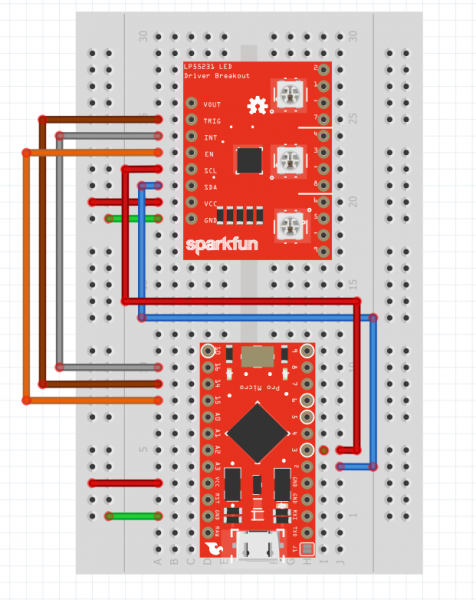 Which was built on a breadboard as shown below. 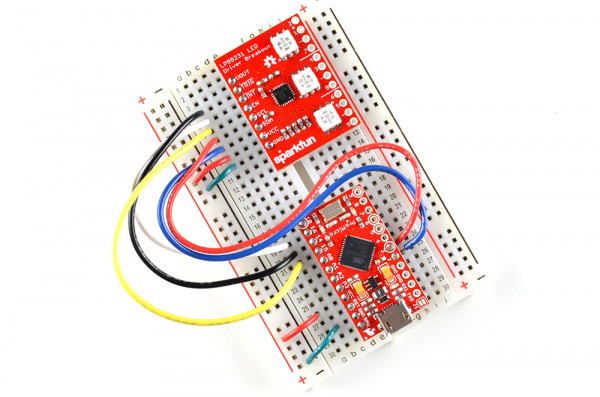 Since we'll be using Arduino to load the example sketches, we can use the USB connection to power to breadboard. If you want to disconnect USB and use another source of power, you can connect a source of regulated 3.3VDC to the VCC connection, or a source of up to 16VDC to the RAW pin on the Pro Micro.