With the on-board flash memory, the Galileo has a limited amount of space to store its Linux kernel. As such, the default Linux image is a bit gimped in terms of extra features. But with an SD card, we can boot the Galileo off a bigger Linux image, which provides access to the following:

To boot the Galileo off the bigger Linux image, you'll need an SD card that is at least 1GB (and less than 32GB). You'll also need to download the bigger image from Intel's Drivers page (find the most current file there). The file is about 37 MB.

The download comes as a 7z file, which means you may need extra software to extract it. Windows and Linux users can use 7Zip, Mac users can use The Unarchiver.

Extract the contents of the 7z file to the top level of your SD card. Once unzipped, this is what your SD directory structure should look like. 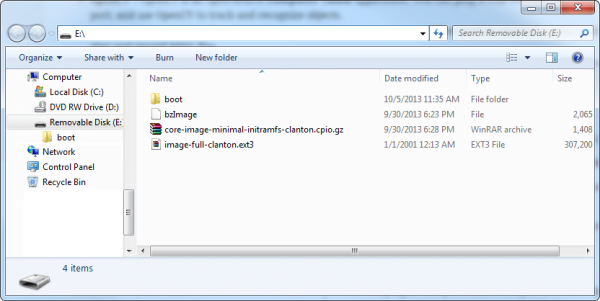 Power down your Galileo (remove both USB and 5V power), and plug in the µSD card. Then power it back up.

The first boot may take a little longer than average. You can use the terminal to verify that the bigger image is working. Try running Python, for example: 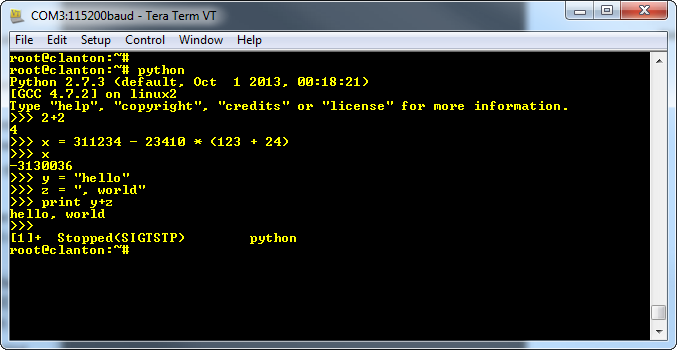 Doing a bit of math and printing with Python.

Python and the other utilities enabled by the bigger image allow the Galileo to do some really neat stuff. There are all sorts of applications where Python fits right in. Check out our unread email checker as an example.