Instead of sending a number, try adjusting the code to transmit a value or string between the two micro:bits.

Try adjusting experiment 1's code to have the second micro:bit send a signal back to the first micro:bit.

Have more than two micro:bits? Try modifying code to broadcast a signal from one micro:bit to several micro:bits by having the receiving micro:bits on the same channel! Or try coding with a friend to make two micro:bits fighting for control of a third micro:bit attached to a micro:bot.

Tip: Did you know that there are more radio examples provided by Microsoft MakeCode? Simply scroll down in MakeCode examples and check the section labeled as Radio Games. 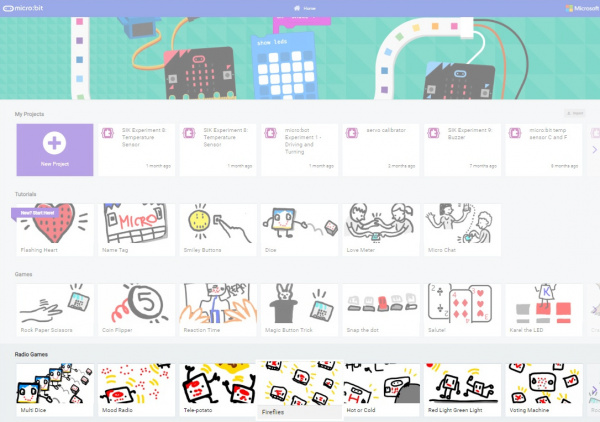 Ok, so experiment 3 did not have "all" the specified movements. We just gave some basic movements so that the micro:bot can move around the floor. Try adjusting the codes to turn when the micro:bot is moving backwards. Can you adjust the code so that the robot can rotate without driving forward or back? Or maybe program the robot to dance when a certain button(s) are pressed.

Try using parts from the micro:climate kit to relay sensor data and monitor an environment at a distance between two micro:bits.