The 9V battery was sufficient to power the controller and suits. The amount of current that the controller pulled from the 9V battery was about ~88mA when idle and ~93mA-~96mA when transmitting a signal. Each suit pulled about ~140mA when idle and powering 6 meters of EL wire. When receiving a signal from the controller, each suit pulled about ~115mA when animating the channels. When the 6 meters of EL wire was powered and receiving a character, each suit pulled about ~147mA. In comparison with the LED strips used on the previous performances, this setup used less power. However, this required the suits to be used when the auditorium lights were turned off since the EL wire was not as bright as the LED strips. There was this nice neon glow from each of the suits during the performance.

After testing the setup, everything worked out as planned during the rehearsals and the EL wire survived the strain each time we used the suits. 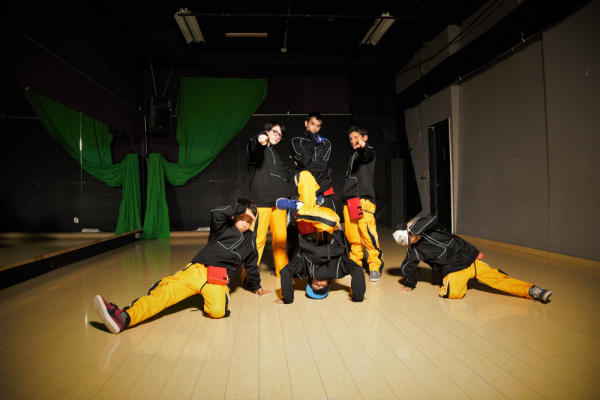 When the time came for the show, I had extra batteries, scissors, electrical tape, a multimeter, and extra extension cables in case I needed to do some last minute troubleshooting. How did the performance go? Overall, it went well. However, I found it difficult to dance and control the suits simultaneously. One of the sections that I decided to sync the animation with had a lot going on. The music was fast music and there was lot of movement. This was not ideal as the controller had to be in the correct mode before I was able to hit the send button. What I could have done differently with this setup would have been to not to have as much movement when hitting the send button. 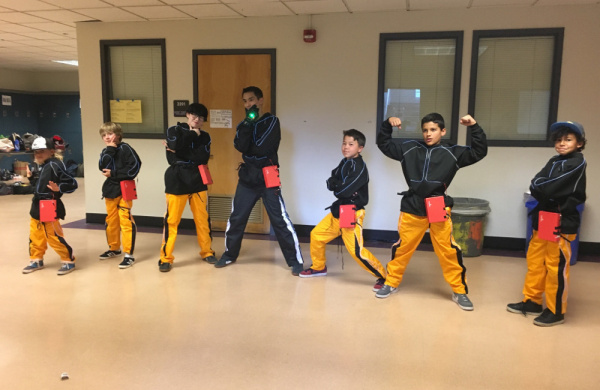