Arduino is awesome. The boards are solid, the programming language and IDE are easy, and the community is awesome. But for a lot of electronics projects, an Arduino is overkill. If you're just blinking a few LEDs, and reading a single sensor, you can get the job done smaller and cheaper using a simple IC, like the ATtiny85. 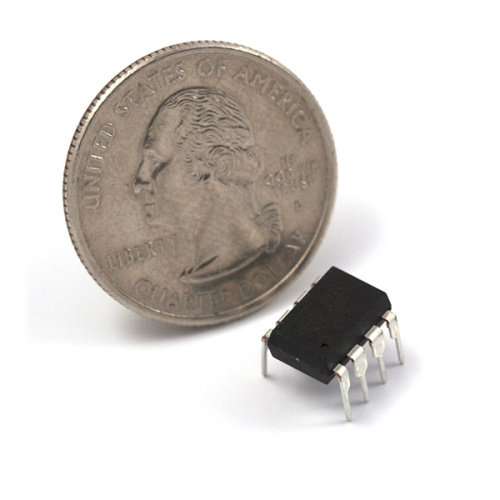 Unfortunately, the ATtiny85 doesn't have a well-known, ubiquitous development platform like Arduino's Uno or Leonardo. And 8kB of program space doesn't leave much room for a bootloader, so an extra programmer is usually required. On top of that, standard Arduino doesn't support the chip. That doesn't mean programming the ATtiny85 in Arduino isn't possible, though! Enter the Tiny AVR Programmer... 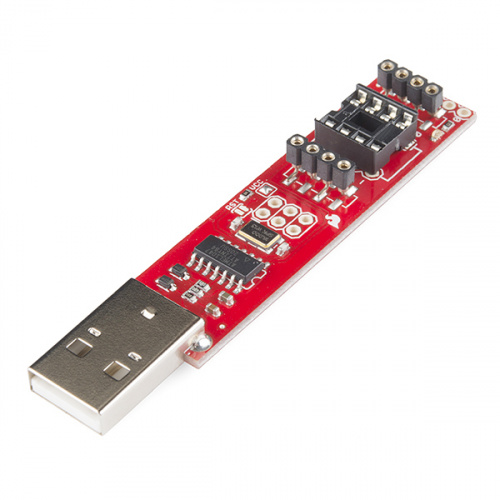 The Tiny AVR Programmer is a general AVR programmer, but it's specifically designed to allow quick-and-easy programming of ATtiny85's (as well as 45's) compared to the pocket AVR programmer. It has an on-board socket, where the little 8-pin IC can be plugged in and directly programmed. No messy wires or soldering required! Once you've programmed the ATtiny85, just remove it from the Programmer, and stick it into a breadboard or prototyping board.

The Tiny AVR Programmer can also be used as a general purpose AVR programmer. It can directly program almost all AVR's (including the ATmega328 and ATmega32U4) whether they're on Arduino boards or in a breadboard.

In this hookup guide, we'll show how you can program ATtiny85's using the Tiny AVR Programmer and Arduino. We'll cover everything from driver installation to Arduino programming tips.

In addition to the Tiny AVR Programmer, you'll also need the following items to follow along with this tutorial:

An introduction to integrated circuits (ICs). Electronics' ubiquitous black chips. Includes a focus on the variety of IC packages.
Favorited Favorite 44
Share
Use this URL to share: