What is a Terminal?

Terminal emulators go by many names, and, due to the varied use of the word terminal, there can often be some confusion about what someone means when they say terminal. Let's clear that up.

To understand the use of the word terminal, we must visit the not so distant past. Back when computers where big, bulky, and took up entire rooms, there were only a handful of ways to interface with them. Punch cards and paper tape reels where one such interface, but there was also what was known as a terminal that was used for entering and retrieving data. These terminals came in many form factors, but they soon began to resemble what would become their personal computer descendants. Many consisted of a keyboard and a screen. Terminals that could display text only were referred to as text terminals, and later came graphical terminals. When discussing terminal emulators, it's these terminal of days past that are being referenced. 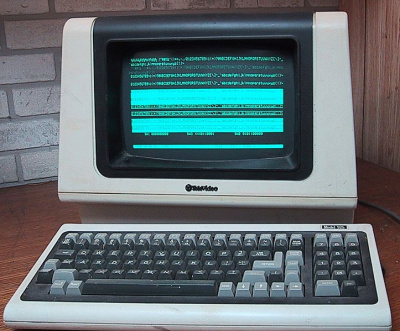 Today, terminal programs are "emulating" the experience that was working on one of these terminals. They are known as emulators, applications, programs, terms, TTYs, and so on. For the purposes of this tutorial, just the word terminal will be used. Many terminals use to emulate specific types of computer terminals, but today, most terminals are more generic in their interface.

When working on a modern operating system, the word terminal window will often be used to describe working within one of these applications. And, often, when reading other tutorials and hookup guides, you will be requested to open a terminal window. Just know that means to open whichever one of these terminals programs strikes your fancy.

It is also worth noting that many terminal programs are capable of much more than just serial communication. Many have network communication capabilities such as telnet and SSH. However, this tutorial will not cover these features.

A terminal is not a command prompt, though the two are somewhat similar. In Mac OS, the command prompt is even called Terminal. Hence the confusion when using that word. Regardless, you can perform some of the same tasks in a command prompt that you could also perform within a terminal window, but it doesn't work the other way around; you cannot issue command line statements within a terminal window. We will go over how to create a serial terminal connection within a command line interface later in this tutorial. For now, just know how to distinguish between the two.