Tera Term is one of the more popular Windows terminal programs. It's been around for years, it's open source, and it's simple to use. For Windows users, it's one of the best options out there.

You can download a copy from here. Once you have Tera Term installed, open up it up, and let's poke around.

You should initially be presented with a "TeraTerm: New connection" pop-up within the program. Here, you can select which serial port you'd like to open up. Select the "Serial" radio button. Then select your port from the drop-down menu. (If this window doesn't open when you start TeraTerm, you can get here by going to ****File > New connection..."**.) 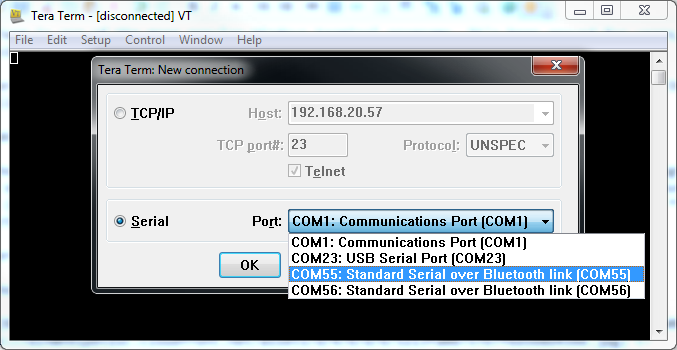 That'll open up the port. TeraTerm defaults to setting the baud rate at 9600 bps (8-N-1). If you need to adjust the serial settings, go up to Setup > Serial Port. You'll see a window pop up with a lot of familiar looking serial port settings. Adjust what you need to and hit "OK". 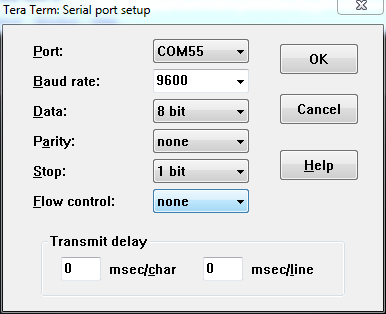 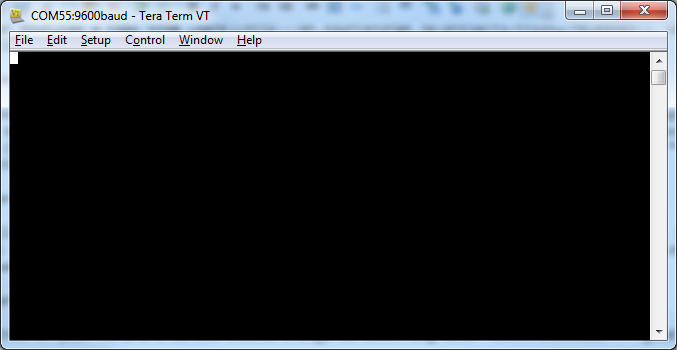 That's about all there is to it. The blank window with the blinking cursor is where data is both sent (by typing it in) and received.

It can be weird to type stuff in the window and not see it show up in the terminal. It's undoubtedly still flowing through the serial terminal to your device, but it can be difficult to type when you don't have any visual feedback for exactly what you're typing. You can turn on local echo by going to the Setup menu and selecting Terminal. 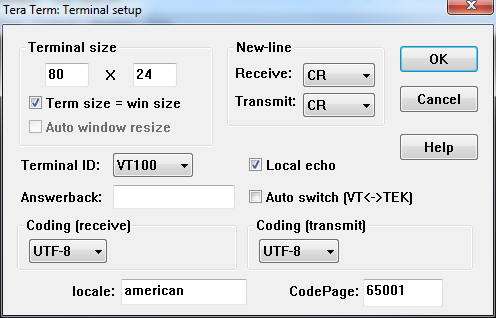 Check the Local echo box if you'd like to turn the feature on.

There are other settings to be made in this window as well. You can adjust the size of the terminal (the values are in terms of characters per row/column), or adjust how new-lines are displayed (either a carriage return, line feed, or both).

If you want to clear your terminal screen you can use either the "Clear buffer" or "Clear screen" commands. Both are located under the Edit menu.

Clear screen will do just that, blank out the terminal screen, but any data received will still be preserved in the buffer. Scroll up in the window to have another look at it. Clear buffer deletes the entire buffer of received data -- no more data to scroll up to.

Menus are a pain! If you want to get really fast with TeraTerm, remember some of these shortcuts: