Below, is an overview of the major hardware components on the Auto pHAT.

The overall dimensions of the Auto pHAT are 57mm x 65mm. For more details, users can check out the layout in the Eagle files. The board also features two cut-outs for the camera and display ribbon connections. 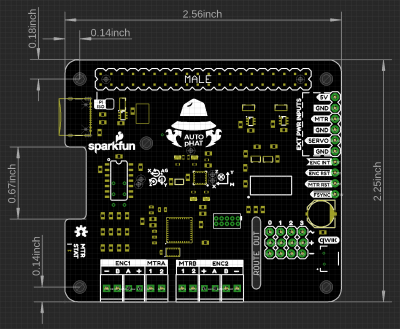 As the Auto pHAT is also intended to integrate with other HATs, it is important to know all of the pin being utilized to avoid conflicts. Below is a layout of all the GPIO pins being utilized by the hardware on the Auto pHAT. (*Click the following links, for more information on the GPIO mapping of the Raspberry Pi or Jetson Nano.) 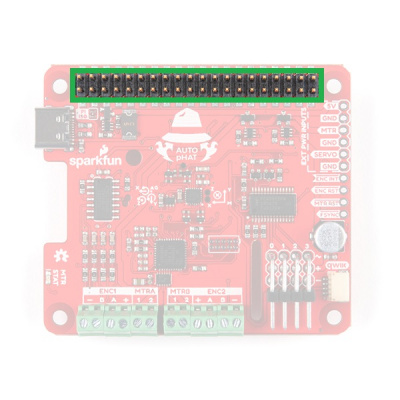 GPIO header connection on the top of the Auto pHAT. 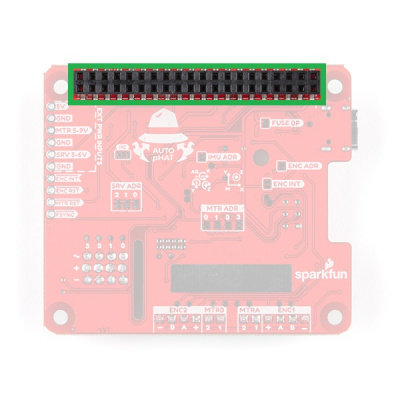 GPIO header connection on the bottom of the Auto pHAT.
(Click to enlarge) 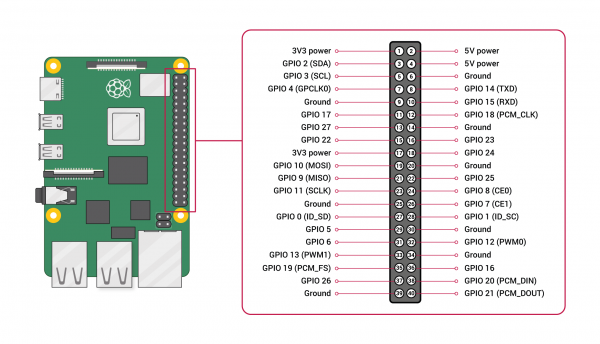 Power to the Auto pHAT is supplied through the GPIO pins; both 5V and 3.3V are utilized. 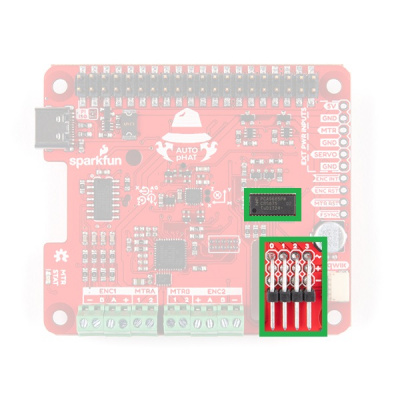 The PCA9685 16-channel PWM controller IC and output headers.
Note: For more details on the PCA9685 and its utilization as a servo controller, check out the following hookup guides on the Pi Servo pHATs:

This hookup guide will show you how to connect and use the Pi Servo Hat in a project.
Favorited Favorite 3

This hookup guide will get you started with connecting and using the Pi Servo pHAT on a Raspberry Pi.
Favorited Favorite 4

The motor driver consists of the same PSoC4245 and DRV8835 as the Serial Controlled Motor Driver and Qwiic Motor Driver. The DRV8835 H-Bridge provides two drive outputs, each capable of 1.2A at steady state. The default I2C address for the motor driver on the Auto pHAT is 0x5D. 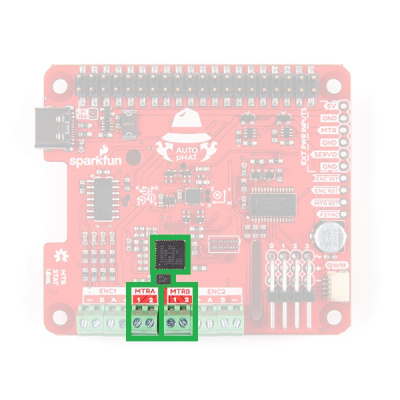 An important consideration for the motor driver is the thermal load due to the current draw of the motors. In order to dissipate the heat, users can use our Theragrip Thermal Tape to attach Small Heat Sinks across the thermally conductive area on the bottom of the board. As the thermal plane doesn't promote natural convection well, users can add a fan to help dissipate the energy, as well. 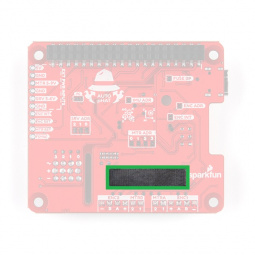 Thermally conductive area on the bottom of the Auto pHAT. 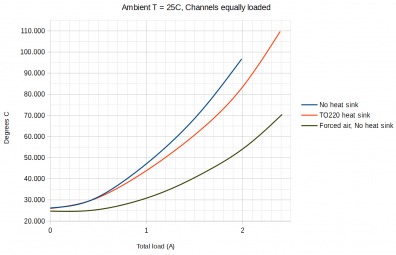 Temperature to total driver load curve.
(Click to enlarge)
Note: For more details on the Serial Controller Motor Driver or Qwiic Motor Driver and its utilization, check out the following hookup guides on the Pi Servo pHATs:

At the heart of the encoder reader is an ATtiny84, which is utilized on our pseudo I2C devices. The encoder reader is based off of the Qwiic Twist, but is capable of reading two, separate quadrature encoders. The default I2C address for the servo controller on the Auto pHAT is 0x73. 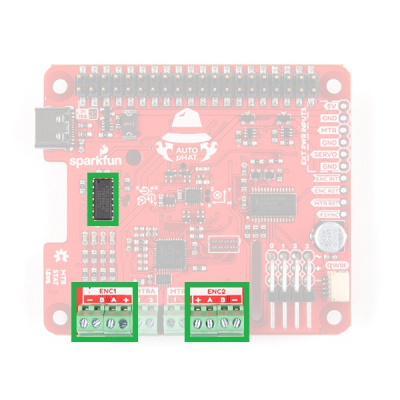 The 9-DoF (degree of freedom) IMU is the same ICM20948 IC used on the 9DoF IMU Breakout. It provides 10 unique measurements: 3 axes of acceleration, rotational rate, and magnetic strength data, as well as, internal temperature. Users should note the location of the IMU and the orientation of the axes (labeled on the board), when taking measurements. The default I2C address for the IMU on the Auto pHAT is 0x69. 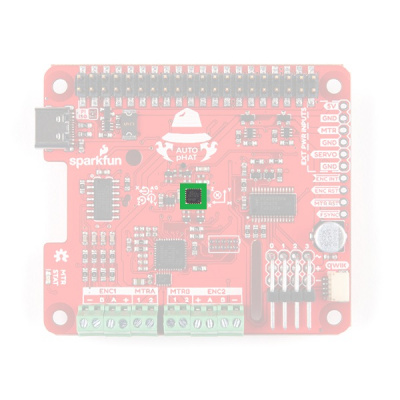 Note: For more details on the ICM-20948 and its utilization as an IMU, check out the following hookup guide:

A connector is provided for attaching other Qwiic devices. 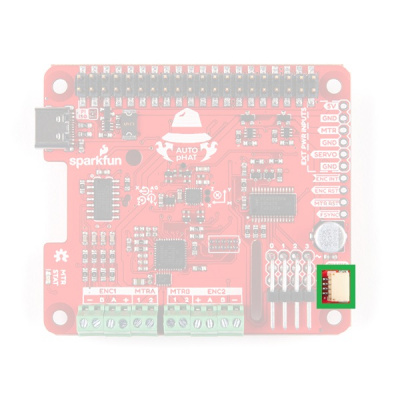 Note: While most of our Qwiic devices should be compatible with a single board computer (SBC), not all have a supported Python package. Users who are unfamiliar with our Qwiic connect system, can check out the video below: