LEDs are small, powerful lights that are used in many different applications. To start off, we will work on blinking an LED, the Hello World of microcontrollers. That's right - it's as simple as turning a light on and off. It might not seem like much, but establishing this important baseline will give you a solid foundation as we work toward more complex experiments.

**Please note: Pay close attention to the LED. The negative side of the LED is the short leg, marked with a flat edge. **

Components like resistors need to have their legs bent into 90° angles in order to correctly fit the breadboard sockets. You can also cut the legs shorter to make them easier to work with on the breadboard. 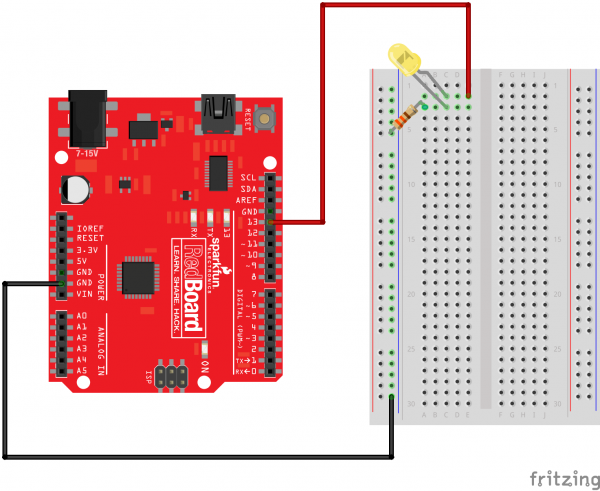 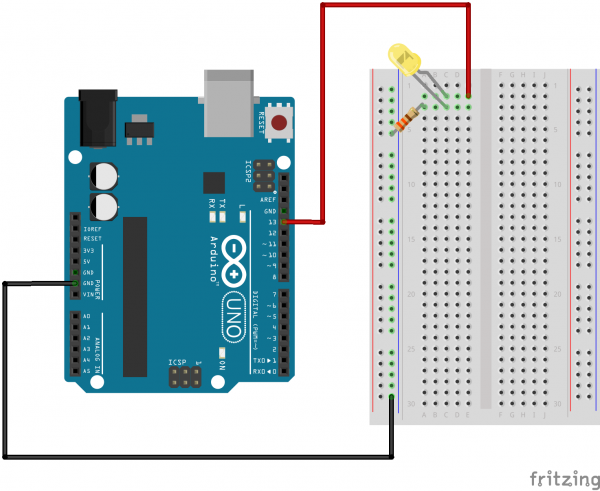 Open Up the Arduino IDE software on your computer. Coding in the Arduino language will control your circuit. Open the code for Circuit 1 by accessing the “SIK Guide Code” you downloaded and placed into your “examples” folder earlier. 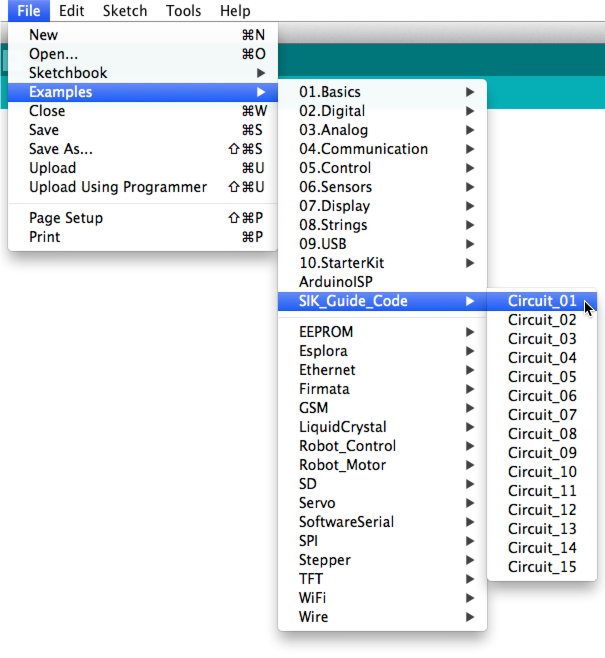 Before you can use one of the Arduino's pins, you need to tell the RedBoard or Arduino Uno R3 whether it is an INPUT or OUTPUT. We use a built-in "function" called pinMode() to do this.

When you're using a pin as an OUTPUT, you can command it to be HIGH (output 5 volts), or LOW (output 0 volts).

You should see your LED blink on and off. If it isn't, make sure you have assembled the circuit correctly and verified and uploaded the code to your board, or see the troubleshooting section. 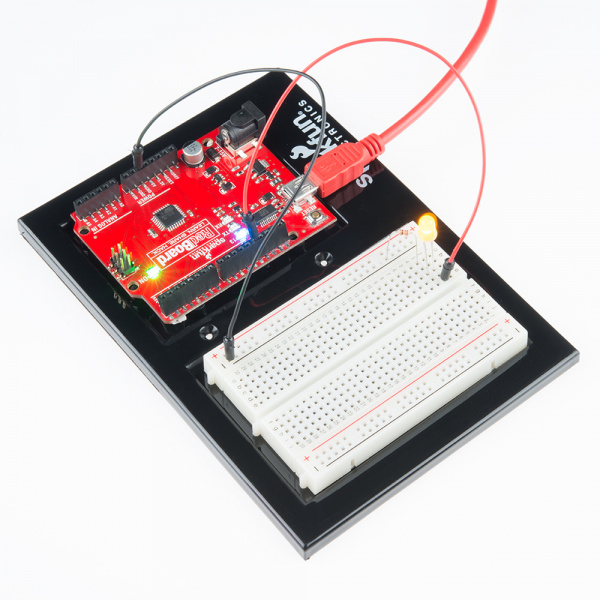 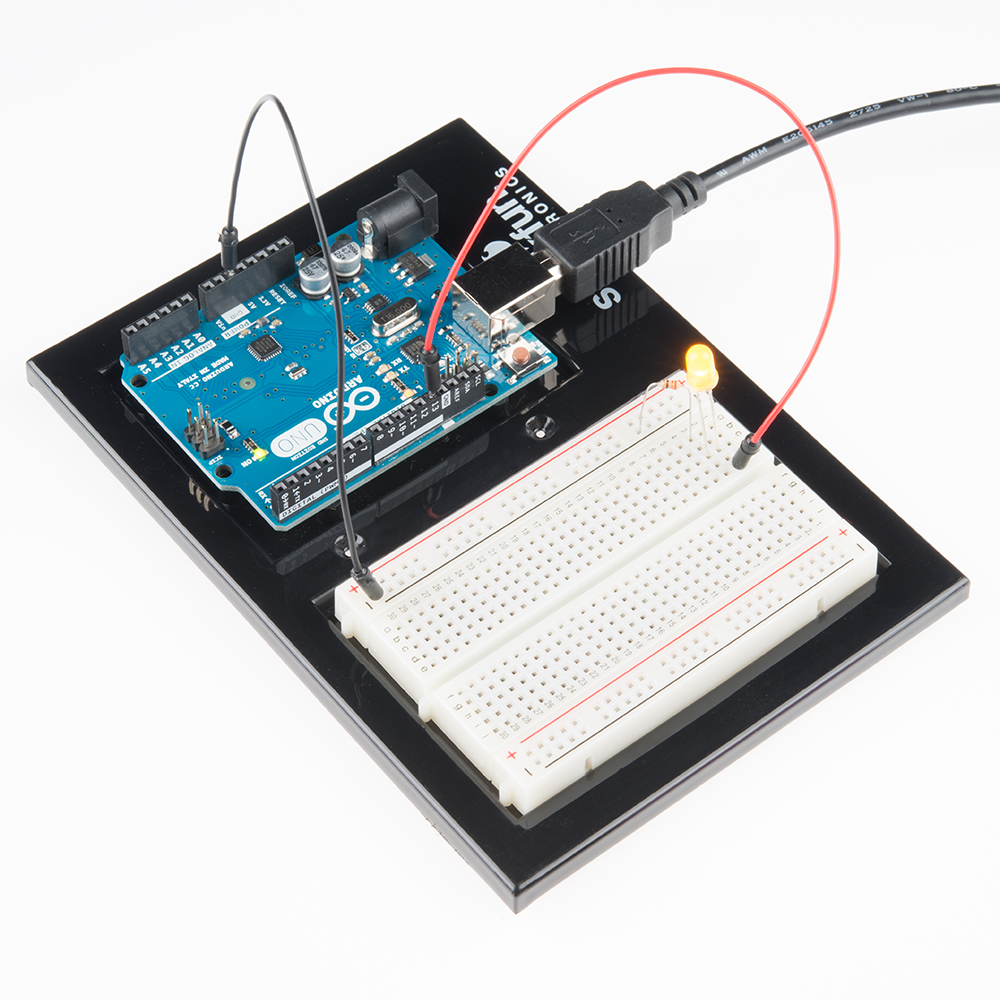 Almost all modern flat screen televisions and monitors have LED indicator lights to show they are on or off. 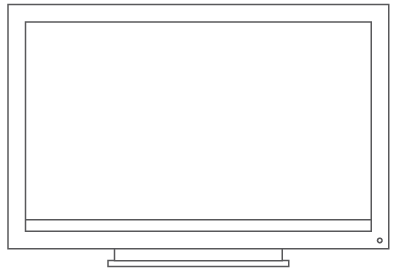 This happens sometimes, the most likely cause is a confused serial port, you can change this in tools > serial port >

A broken circuit is no fun, send us an e-mail and we will get back to you as soon as we can: techsupport@sparkfun.com