Up until now, we’ve focused mostly on outputs. Now we’re going to go to the other end of spectrum and play around with inputs. In experiment 2, we used an analog input to read the potentiometer. In this circuit, we’ll be reading in one of the most common and simple inputs – a push button – by using a digital input. The way a push button works with your RedBoard or Arduino Uno R3 is that when the button is pushed, the voltage goes LOW. Your RedBoard or Arduino Uno R3 reads this and reacts accordingly.

In this circuit, you will also use a pull-up resistor, which keeps the voltage HIGH when you're not pressing the button. 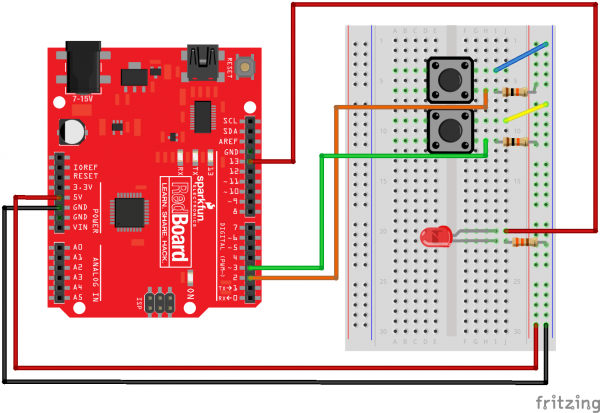 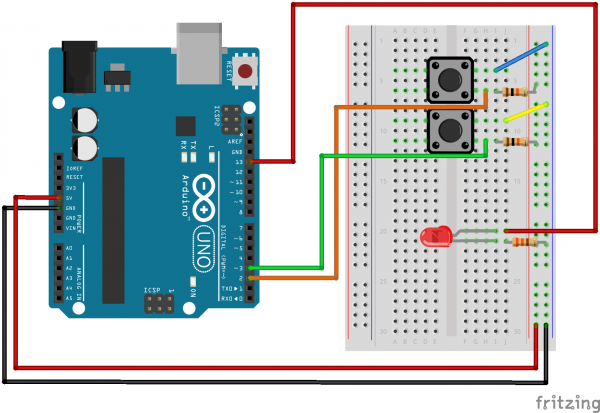 Open Up the Arduino IDE software on your computer. Coding in the Arduino language will control your circuit. Open the code for Circuit 5 by accessing the “SIK Guide Code” you downloaded and placed into your “Examples” folder earlier.

The digital pins can be used as inputs as well as outputs. Before you do either, you need to tell the Arduino which direction you're going.

You should see the LED turn on if you press either button, and off if you press both buttons. (See the code to find out why!) If it isn't working, make sure you have assembled the circuit correctly and verified and uploaded the code to your board or see the troubleshooting section. 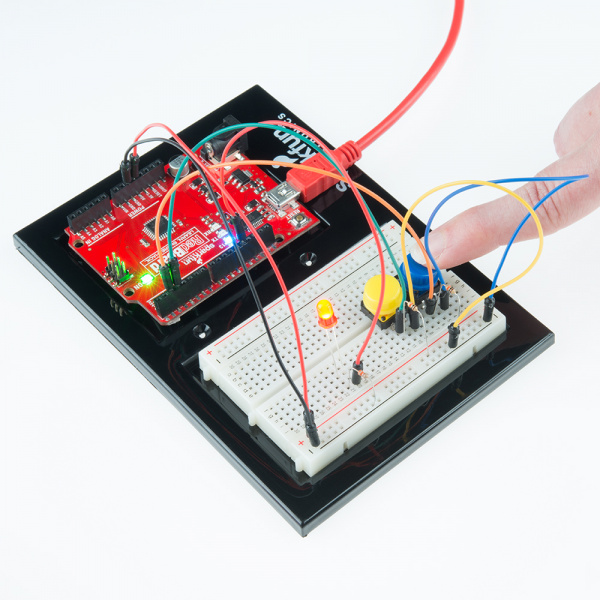 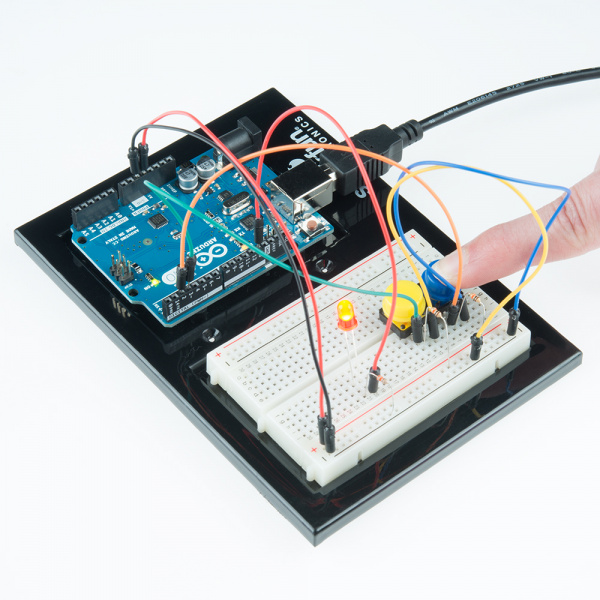 The buttons we used here are similar to the buttons in most video game controllers.

Light Not Turning On

The pushbutton is square, and because of this it is easy to put it in the wrong way. Give it a 90 degree twist and see if it starts working.

No worries, these circuits are all super stripped down to make playing with the components easy, but once you throw them together the sky is the limit.