The RFM69HCW is an inexpensive and versatile radio module. You can use it to send text or binary data between two or hundreds of modules. It's perfect for building inexpensive short-range wireless networks for home automation, citizen science, and more. The RFM69HCW comes in two frequency flavors; a 915 MHz version and a 434 MHz version. See the Hardware Overview below for tips on which one to choose. 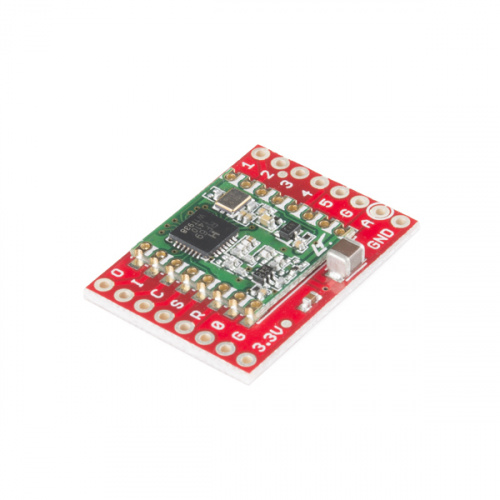 This is the SparkFun RFM69 Breakout, a small piece of tech that breaks out all the pins available on the RFM69HCW module as w… 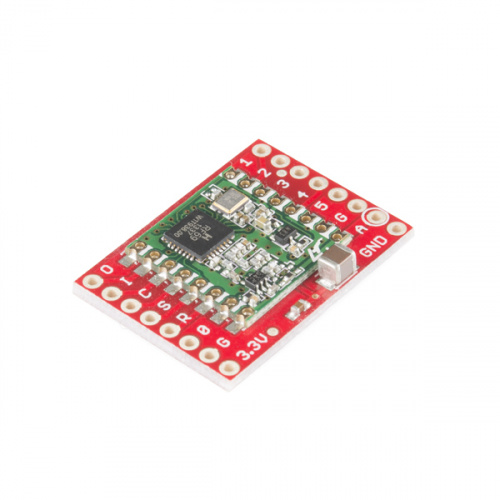 This is the SparkFun RFM69 Breakout, a small piece of tech that breaks out all the pins available on the RFM69HCW module as w…

The RFM69HCW can't do anything by itself; it needs to be connected to a microcontroller such as an Arduino. The RFM69HCW uses a four-wire Synchronous Peripheral Interface (SPI) plus an interrupt line. Most microcontrollers, including the Arduino, offer an SPI interface.

Felix Rusu of LowPowerLab has written an excellent Arduino library for the RFM69 that handles the details of setting up the module and sending and receiving data. This guide will cover interfacing the RFM69HCW to an Arduino microcontroller using this library.

If you're using a different microcontroller, the information here plus the datasheet and the library source code should help get you up and running. (If you write example code for another system, we'll be glad to add it to the code repository).

In this tutorial we'll show you how to get two modules talking to each other, but keep in mind that you can use more than two modules in your projects.

We recommend you be familiar with the following topics before working with the RFM69HCW. If you'd like to brush up on any of these things, follow the links and come back when you're done.

How to use repositories and GitHub for version control.
Favorited Favorite 24

SPI is commonly used to connect microcontrollers to peripherals such as sensors, shift registers, and SD cards.
Favorited Favorite 72

What is this 'Arduino' thing anyway?
Favorited Favorite 34

A step-by-step guide to installing and testing the Arduino software on Windows, Mac, and Linux.
Favorited Favorite 14

How to Solder: Castellated Mounting Holes

Tutorial showing how to solder castellated holes (or castellations). This might come in handy if you need to solder a module or PCB to another PCB. These castellations are becoming popular with integrated WiFi and Bluetooth modules.
Favorited Favorite 16
Share
Use this URL to share: