Note: This tutorial assumes that users are familiar with the Raspberry Pi and have a general knowledge base of Python. If you have unfamiliar with these items, as a starting point, we suggest setting up your Raspberry Pi, familiarizing yourself with the graphics user interface (GUI), and then learning the basics of Python. Below are resources to get you started: 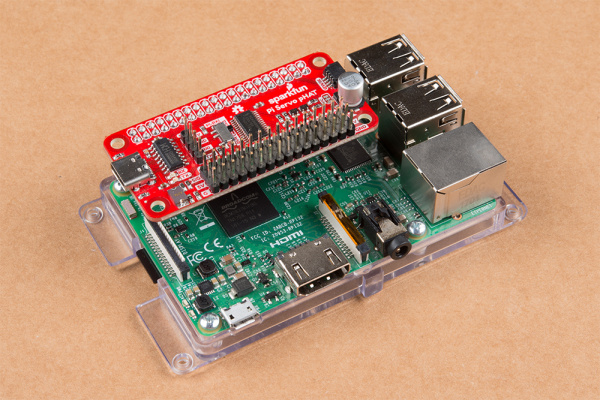 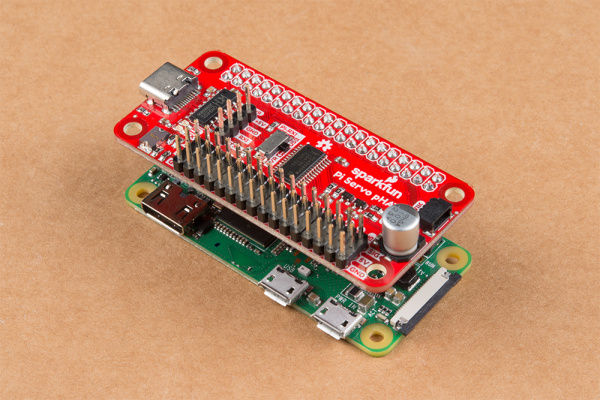 Unfortunately, this tutorial won't cover the use of the Pi Servo pHAT with the Sphero RVR. However, links to the assembly guides and getting started tutorial are provided below.

Get your Advanced Autonomous Kit for the Sphero RVR built up with this hookup guide!
Favorited Favorite 0

Want to get started in robotics? Look no further than the SparkFun autonomous kit for the Sphero RVR! Whether you purchased the Basic or Advanced kit, this tutorial will get you rolling...
Favorited Favorite 3

Other Single Board Computers

Using this hat with other single board computers (SBCs) like the Nvidia Jetson or Google Coral is a similar process. Just make sure that you have the HAT aligned in the proper orientation. For example, with the Nvidia Jetson, the hat should be protruding outwards from the board (do not try to remove the heatsink to make the HAT fit, that is the wrong orientation). 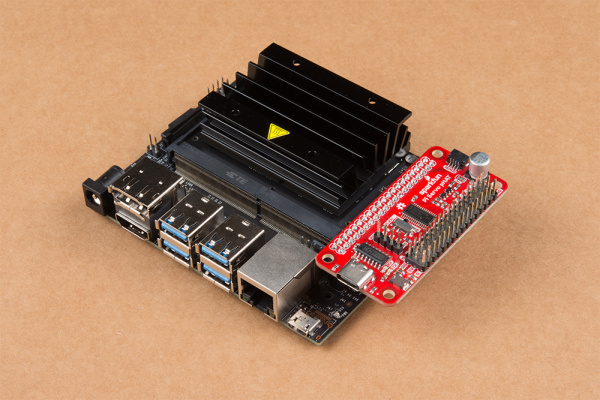 As described in the Hardware Overview, 5V power to the servo headers is provided through three different sources.

Note: An example for the 4-pin header in use with the Sphero RVR kit is not available yet. 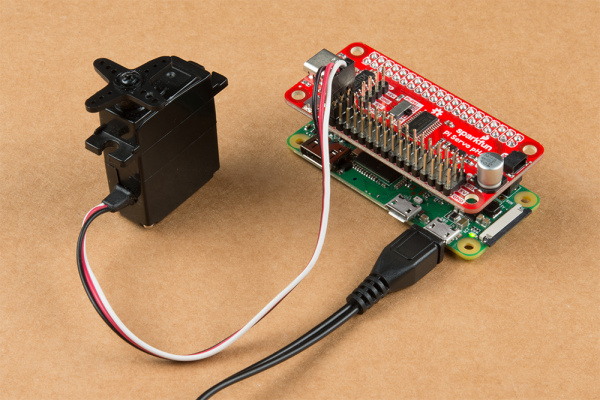 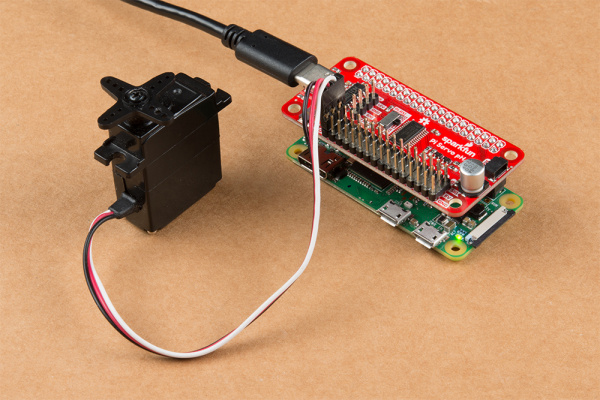 Examples of the various power supply options.
Note: On the the Raspberry Pis (models below 4) use the micro-B connector labeled as the PWR IN port.

In this tutorial we will be testing out a hobby servo on channel "0". Based on the servo that you are using, try looking at the hobby servo's datasheet or referring to some of the standard servo connector pinouts listed in this tutorial.

The Qwiic connection system makes it easy to add your favorite Qwiic compatible sensor or device. 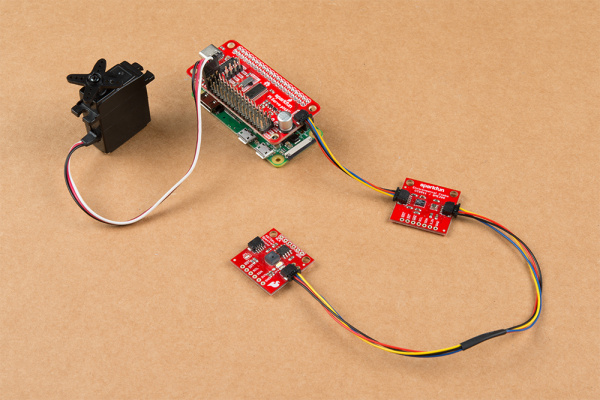 Qwiic devices can be daisy chaned to the Pi Servo pHAT.
Share
Use this URL to share: