To communicate with the Read–Eval–Print Loop (REPL) running on the ESP32, you will need to install a serial terminal program for your particular operating system (OS). The following tutorial makes several good recommendations as to which programs to use for the 3 major operating systems:

At the time of this writing, no major integrated development environments (IDEs) support MicroPython for the ESP32 (for example, Mu was developed for MicroPython but does not support the ESP32). As a result, you will need to write code in a raw text editor and then save the files as somename.py. Some recommended text editors that work well for writing code include:

Load MicroPython on the ESP32 Thing

This tutorial will show you how to load the MicroPython interpreter onto a variety of development boards.
Favorited Favorite 5

Install Python on Your Computer

Instructions for installing Python can be found at python.org. Download and run the installer for your OS, or use your OS's package manager to install Python (if you are on Linux). Ampy will run with Python 2 or Python 3, so choose whichever version you like (we recommend Python 3, as MicroPython is based on Python 3, so the language will be similar).

If you are installing on Windows, make sure the "Add Python <x.x> to PATH" checkbox is selected. 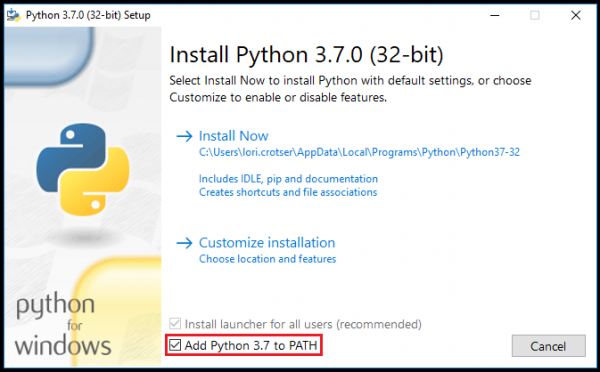 For more information on using Python on windows, see this link.

Once you have installed Python, open a terminal for your host computer, and enter the following command:

You should see a printout showing that ampy was downloaded and installed. 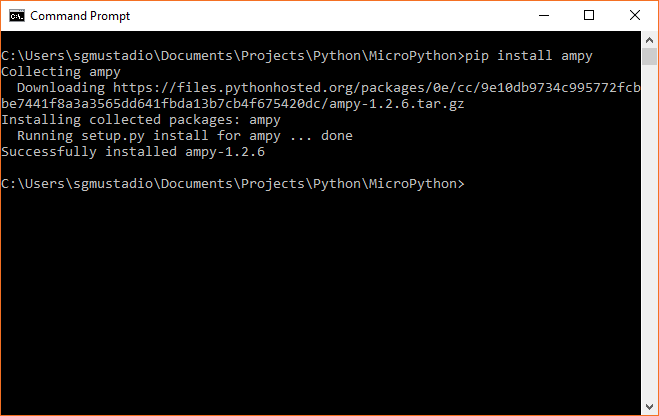