One of the easiest ways to interact with MicroPython running on the ESP32 is to enter commands via the REPL over a serial connection. This can be extremely helpful if you want to test out various parts of code before writing them down in a (slightly more permanent) text document that is then uploaded to the ESP32.

To start, connect the ESP32 Thing to your computer using a USB micro-B cable. If you are on Windows, open the Device Manager and find out which COM port your ESP32 Thing is associated with (for example, COM7). On macOS, it will likely be /dev/cu.usbserial-<some letters/numbers>, and on Linux, it’s probably something like /dev/ttyUSB0.

Open your Serial Terminal program of choice and connect to the ESP32 using the following connection details:

Once you have a connection, press enter once to get a REPL command prompt (>>>). 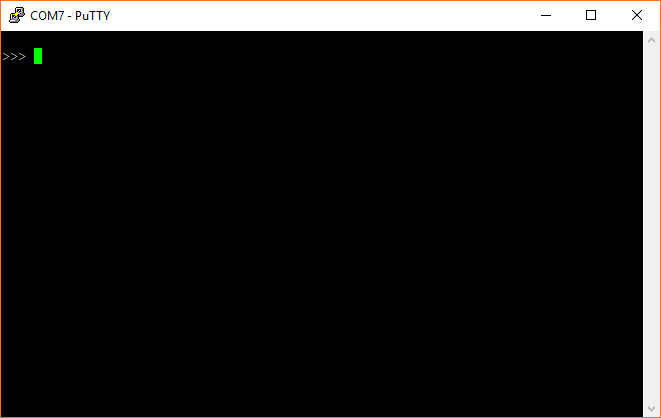 When you see that command prompt, enter the following commands one at a time:

This should turn on the LED found on the ESP32 Thing (the blue LED located by pin 5). 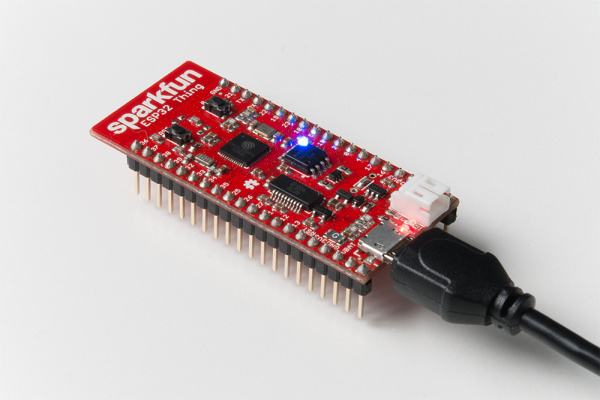 Type the following command to turn it off: 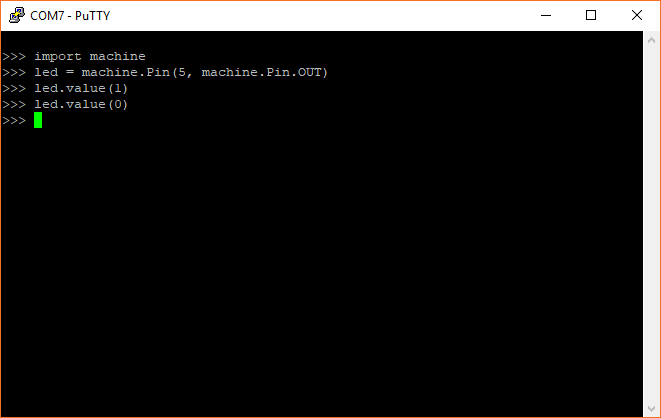 The first thing we typed was import machine. machine is the MicroPython module that gives us control of the various general purpose input/output (GPIO) pins and special functions, such as I2C and interrupts. We use the keyword import to make all of the functions in the machine module available for us to use.

Because we set the pin as an output (as given by machine.Pin.OUT), we can drive the pin to logic low (0 V) or logic high (3.3 V) by setting its value to 0 (logic low) or 1 (logic high). To drive the pin high, we write led.value(1). This has the effect of turning on the LED.

Similarly, we can turn the LED off with led.value(0), which sets the pin to 0 V.