This is where the fun really begins! Hemoglobin reflects IR light really well, and the MAX3015 is capable of detecting such small changes in IR reflectance that it can detect blood flowing through your finger at different rates. Let's graph it! Open the Example4 HeartBeat Plotter sketch, and load it on your Redboard or Uno.

Arduino v1.6.6 or Higher Required. The Serial Plotter is only available in Arduino versions v1.6.6 or later.

For this demo, you'll need a rubber band small enough to go through the mounting holes on the breakout. 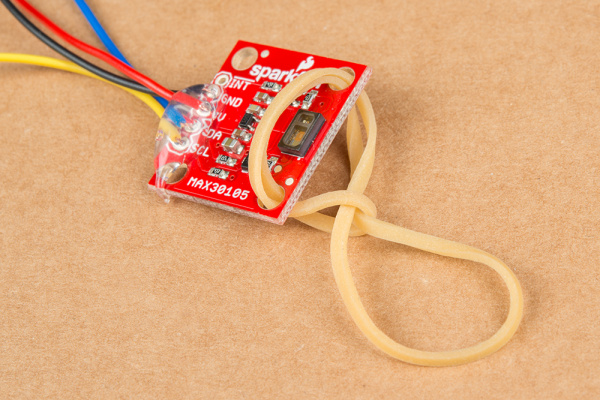 Loop the band back onto itself, and pull gently. You want a little bit of pressure holding your finger against the sensor. If the end of your finger turns pale, you've tightened too much! 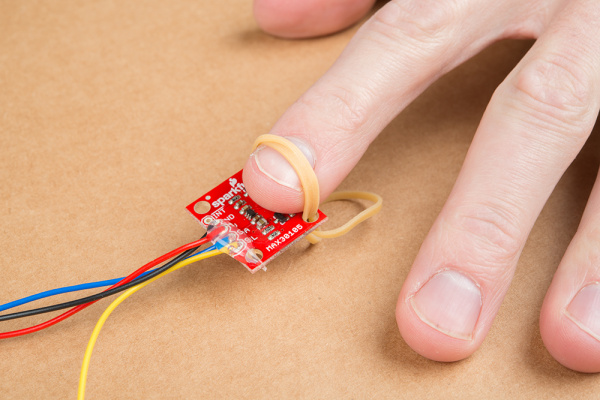 I'll just hold my finger on the sensor instead...

Humans are bad at applying consistent pressure to a thing. Without a rubber band the pressure varies enough to cause the blood in your finger to flow differently which causes the sensor readings to go wonky. It is best to attach the sensor to your finger using a rubber band or other tightening device. 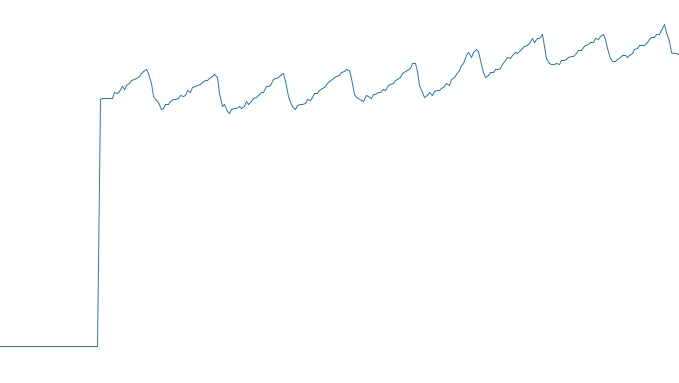 Now that we have seen the blips, Example 5 will try to calculate the time between blips and show us beats per minute (BPM).