To make both LEDs light up together from one pin on the LilyTiny, we'll be stitching them in a parallel circuit. Begin at the tab you chose on the LilyTiny, stitch along to the first LED, loop 2-3 times around the positive hole, then continue stitching until you reach the next one. Loop 2-3 times around, then tie a knot. To help plan where the stitches will go, you can use a marker to draw lines between the LEDs before sewing. If you don't want to see the lines of conductive thread across the front of the monster, you can use a hidden stitch (blind stitch). 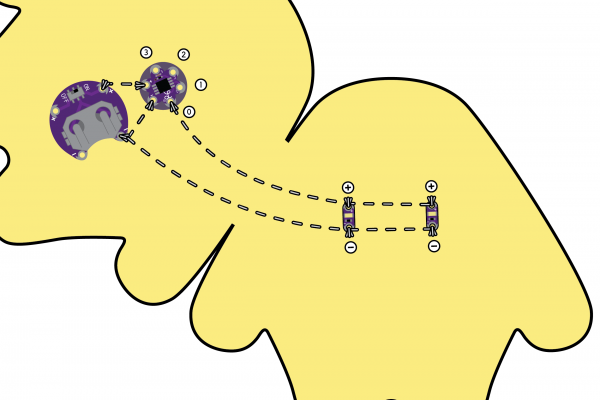 We decided on the Fade pattern programmed on tab 0.
Note how the stitching leaves enough room around the LilyTiny and other stitch lines so they don't accidentally touch. 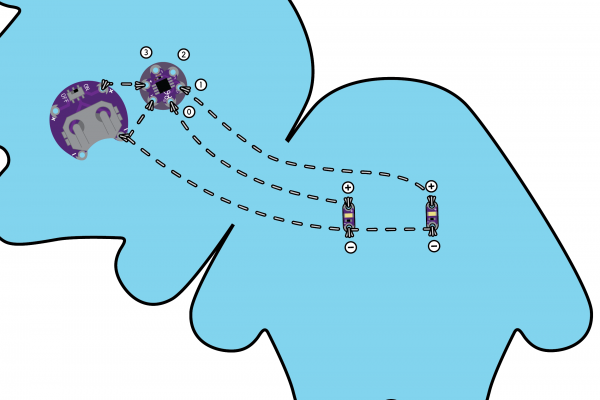 Once all our stitching is finished, let's add the battery back in and test the circuit. If everything is working, turn the switch to the OFF position before the final step. 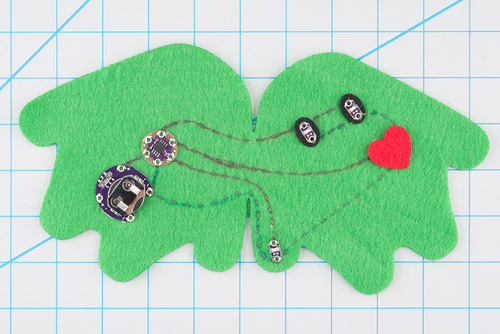 This example monster shows multiple LilyTiny tabs being used. The battery is in its holder for testing before moving on to the next step.