When it comes to the micro:bit, MicroPython is a great alternative to the graphical programming found on MakeCode, and it can be a good introduction to text-based programming (especially for students). 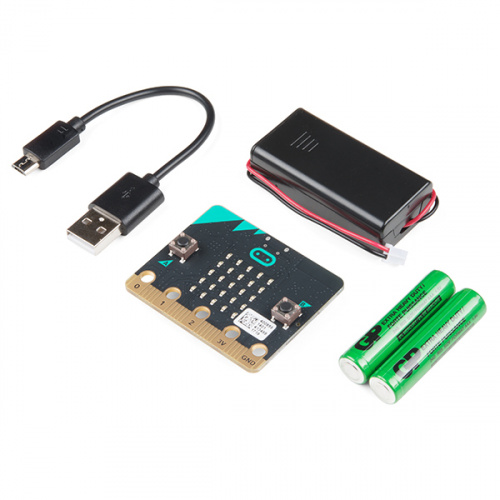 The micro:bit is a pocket-sized computer and the Go Bundle provides you with everything you need to get hooked up and powered…

Head to python.microbit.org. You should see some default code. If not, copy in the following: 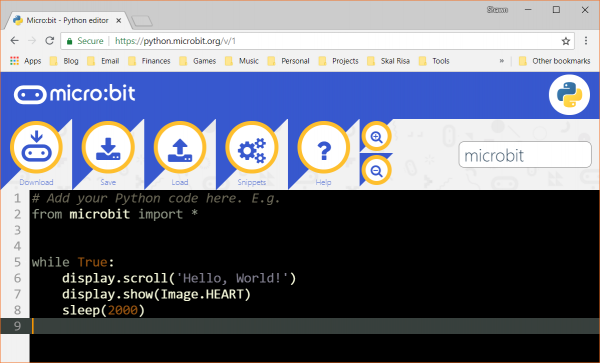 Plug in your micro:bit into an available USB port on your computer, and it should enumerate as a storage device (e.g. similar to a USB flash drive). Open a file explorer (or Finder), locate the downloaded .hex file, and copy it into the root directory of the micro:bit's drive. 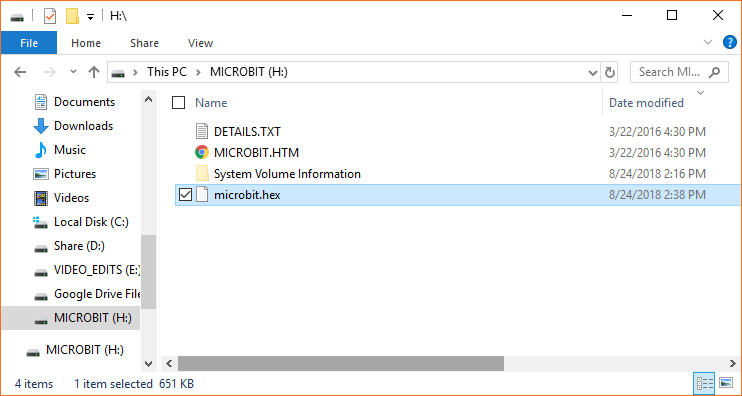 Your micro:bit should automatically reboot and begin scrolling "Hello, World!" followed by a heart image.

Download and install Mu from codewith.mu. Open the editor, and copy in the following code:

With the micro:bit plugged into your computer, press the Flash button to upload the code. 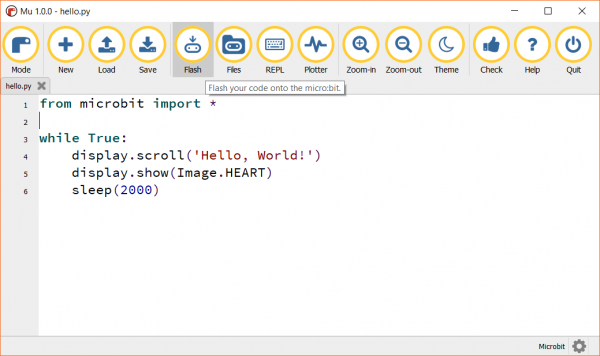 Your micro:bit should begin scrolling the phrase "Hello, World!" followed by a heart image.

If you are using Mu, you can simply click the REPL button to bring up an interactive REPL terminal in the editor. This works even if you are running a program on the micro:bit. 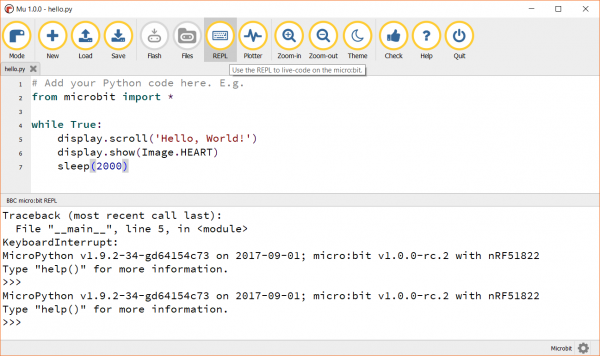 Open up the Device Manager, and look for the Ports category. Expand it, and note the COM number listed next to mbed Serial Port. 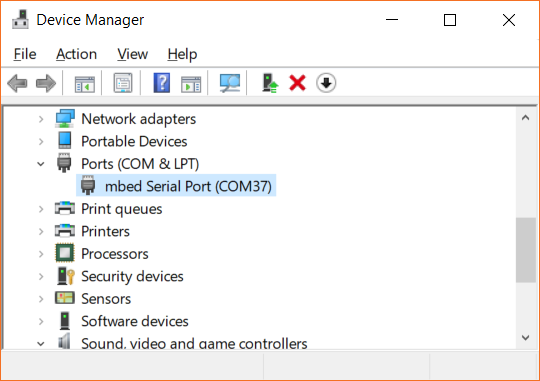 Using a serial terminal program (such as PuTTY or Tera Term), connect to the micro:bit using your COM port (e.g. COM37) and a baud rate of 115200.

Plug in the micro:bit and open a terminal. Enter the following command:

You should see a list of serial devices; look for the one with usbmodem (e.g. /dev/cu.usbmodem1422). Use the screen or minicom commands to open a serial connection with the microbit. For example (replace usbmodem1422 with the device file associated with your micro:bit):

Install a serial terminal program, such as screen or minicom. Plug in your micro:bit and find the name of its associated device file with:

You can use any number of other serial terminal programs instead of screen, if you wish.

In your serial terminal program, you should see the REPL prompt (>>>). Enter the following commands: 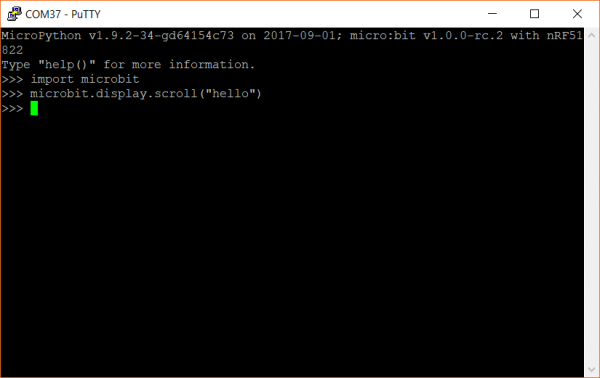 You should then see the word "hello" flash across your LED array!

Note: If you would like to learn more about the using MicroPython on the micro:bit, read our Getting Started with MicroPython and the SparkFun Inventor's Kit for micro:bit.