The Basics of GPS

You have probably used or benefitted from a GPS receiver. They are found in most smartphones, many new automobiles, and they are used to track commerce all over the globe. These tiny devices can instantaneously give your exact position and time, almost anywhere on the planet, for free! All you need is a GPS receiver, and receivers are getting less expensive and smaller every day. 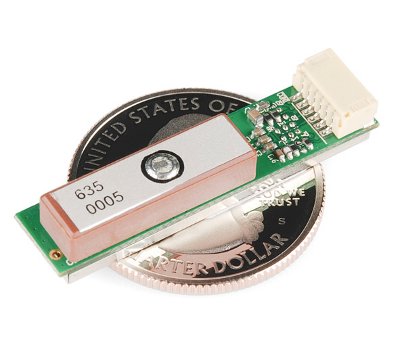 Don't take these tiny, inexpensive modules for granted. There are decades of engineering that went in to giving you accurate position anytime, anywhere. Dozens of GPS satellites, all containing extremely accurate atomic clocks, have been launched since the late 70's, and launches continue to this day. The satellites continuously send data down to earth over dedicated RF frequencies. Our pocket-sized GPS receivers have tiny processors and antennas that directly receive the data sent by the satellites and compute your position and time on the fly. Simply amazing.

There are some concepts that this tutorial builds upon and that you may need to know or prepare before starting:

Connectors are a major source of confusion for people just beginning electronics. The number of different options, terms, and names of connectors can make selecting one, or finding the one you need, daunting. This article will help you get a jump on the world of connectors.
Favorited Favorite 53