Getting Started with the SmartLED Shield for Teensy

Heads up! The Animated GIFs example was written for a 32x32 panel. If you are using it with a different size, you will need to either re-center or adjust the GIF size. For example, when a 32x32 GIF is displayed on a 64x64 panel, it will begin displaying from the upper left hand corner of the panel.

In this example, we will take advantage of the built-in microSD card on the Teensy 3.6 to display animated GIFs on a 32x32 panel with 1:16 scan rate.

To follow this example, you would will need the following materials. You may not need everything though depending on what you have. Add it to your cart, read through the guide, and adjust the cart as necessary.

If you haven't already, solder the headers on the Teensy 3.6. Then insert the development board into the SmartLED shield's socket. 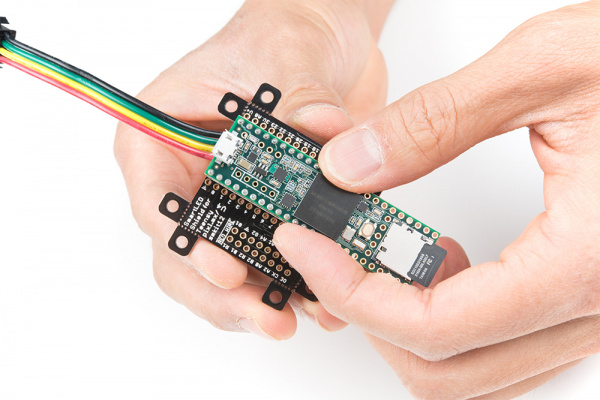 📌 Tip: If you want to take full advantage of the pins on the Teensy 3.5/3.6, you will need to add headers beyond the 1x14 pins along the side of a Teensy and snap off the mounting hole below pin 13. 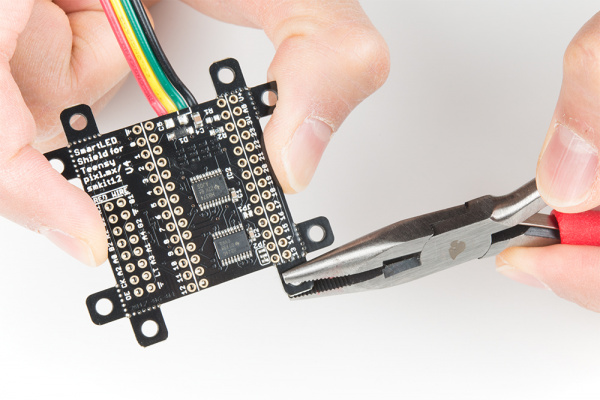 Right angle headers would be better for a low profile behind the RGB LED matrix panel. You can also solder wire to the connections depending on your setup.

You may notice that there is a GitHub subtree called "AnimatedGIFs @ ..." that was pulled into the SmartMatrix library's examples folder. However, the folder may not have been included when installing the library via the Arduino Library Manager. If you do not see the folder from the Arduino IDE under File > Examples > SmartMatrix > Animated GIFs, you will need to download and unzip the files from this repository:

Once the folder is unzipped, make sure that the AnimatedGIFs.ino file and all associated files are under the same folder name called ".../AnimatedGIFs" as shown in the image below. 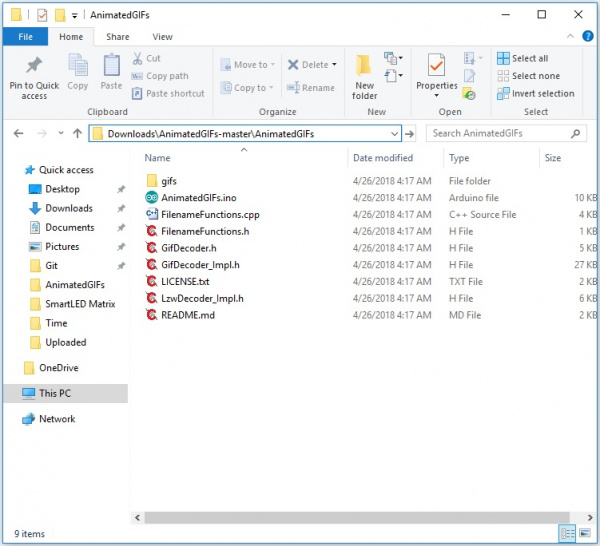 Open the AnimatedGIFs.ino example. Since the defaults kMatrixWidth, kMatrixHeight, and kPanelType are already set for the 32x32 panel with 1:16 scan rate, we just need to:

Once the code has been adjusted, select correct board and COM port to upload to the Teensy 3.6. 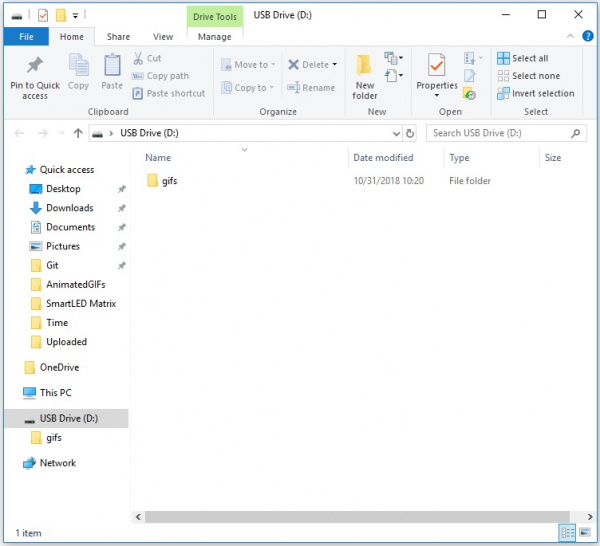 Stack the board on the panel's IDC connector. 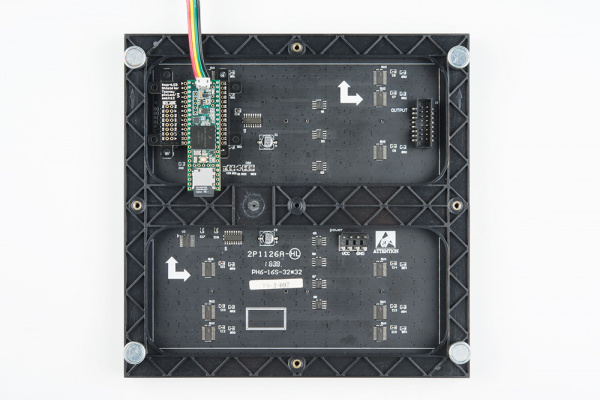 The animations may be hard to view as you can see on the image on the left. To help diffuse the light, a translucent material placed in the front of the panel to blend the pixels. The image on the right used a piece of white paper to blend the individual pixels. For long term installations, try using frosted acrylic as used in the Aurora project.

Looking for more GIFs? Try checking the GIFs provided in the Aurora project:

Simply copy any file with the *.gif extension and include it in the .../gifs folder as explained earlier. The 10x weather GIFs are neat animations if you want display the current weather on a panel for your next cloud connected IoT project!

You can also do a custom search for 32x32 GIFs on Google.