The Line Sensors (which we’re installing now, but will use in the next tutorial) emit light from an infrared LED and then detect that light once it has been reflected off an object. This allows your robot to “see” lines! 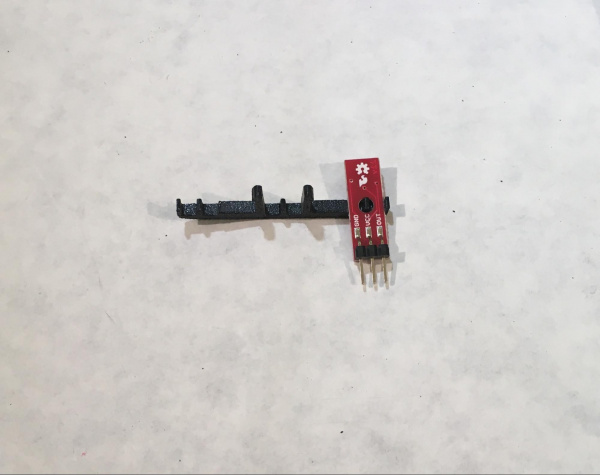 Repeat for the next two sensors, so that when all three are set on the Line Follower Mount, you have something that looks like this (notice that the sensors are facing away/down from the prongs of the mount): 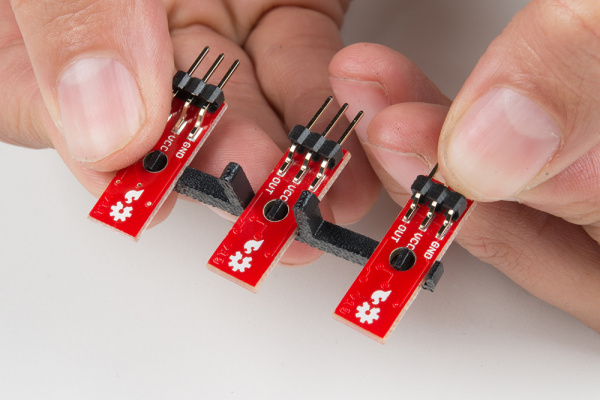 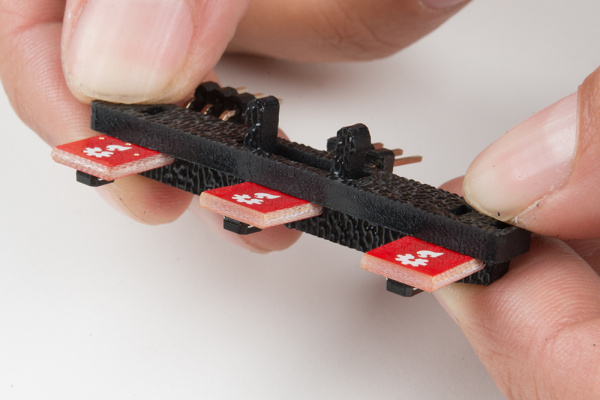 The next part is easier if you stabilize your Line Sensor sandwich (which we’re going to call a Line Sensor Array from here on out). Take a piece of electrical tape ~1.5” long, cut it in half, then wrap one piece around the entire sandwich in the gaps between the Line Sensors, like this: 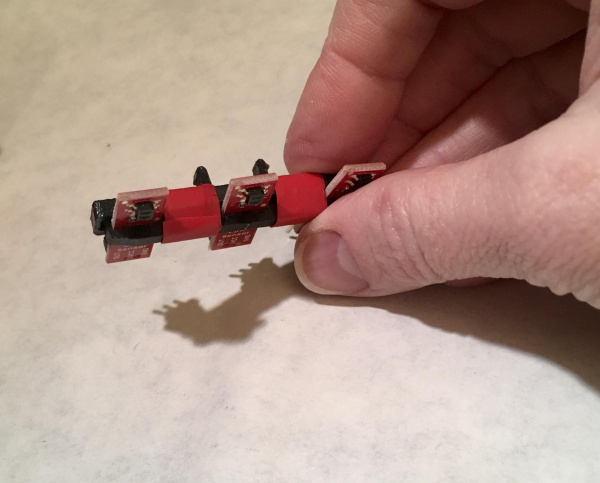 Next, you are going to connect a 3-Wire Jumper Cable to each of the Line Sensors. Note the color of the wire attached to each pin. 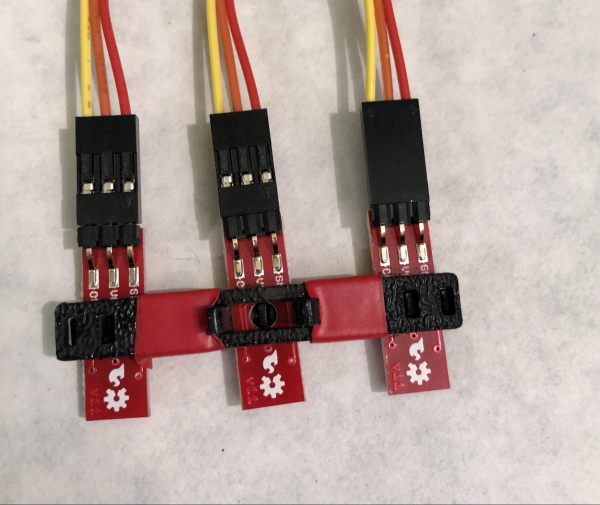 To attach the Line Sensor Array to the Chassis, locate the wide, rectangular slot near the front of the Lower Chassis and snap the Line Sensor Assembly in from the bottom side of the chassis. When you’re done the sensors will be facing the floor and the yellow wires will be on the left.

Route all three sets of wires through the large hole in the bottom chassis. 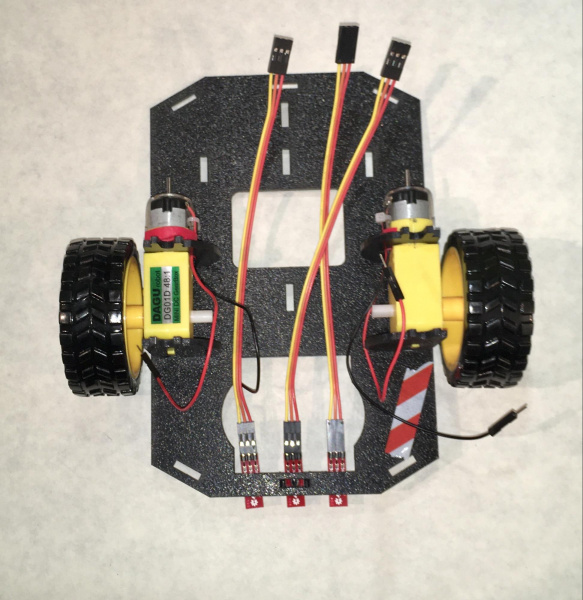 These wires will also have to pass through a single hole in the Top Chassis, and at that point it’s not easy to tell which line set of jumper cable bundles is which, so it helps if you mark the Middle Line Sensor cable before routing all the cables.

You need to mark the Middle Line Sensor cable because it and the Left Sensor bundle both get routed through the same hole on the top chassis, so they might get confused with each other. The Right Line Sensor goes through a different hole, so there’s no potential for confusion there.

The Middle Line Sensor cable is marked with electrical tape. 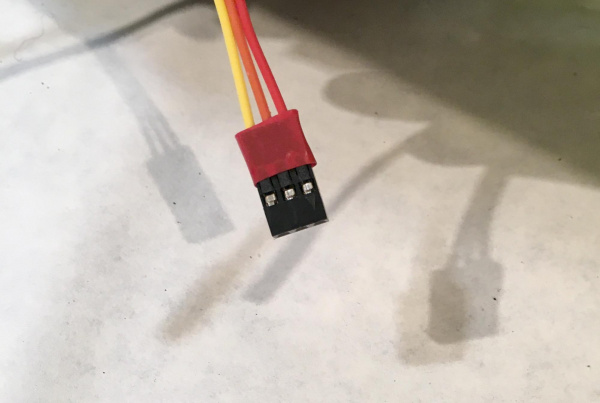