As mentioned in the hardware section, a driver is not required for any of the recommended operating systems (Mac OSX, Linux, Windows 10). However, there is a serial port driver available for Windows 7 (only), which is provided by Mbed™. We will not be providing support for Windows 7; a forum is available from Mbed™, for users that run into issues with their driver.

Note: These instructions are subject to change in the near future; pending the adoption of the Artemis module into Mbed™ OS.

The Artemis DK was designed to be utilized with three primary development environments. The Apollo3 MCU in the Artemis module is now fully supported in the Arduino IDE, including it's BLE functionality. In order to implement compatibility with the Arduino's built-in BLE library, we needed to 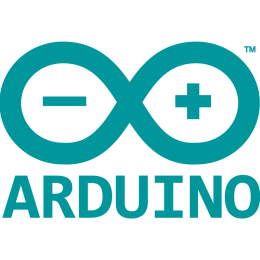 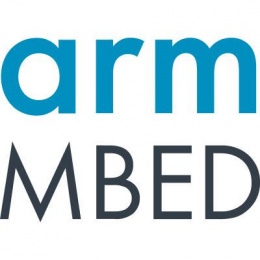 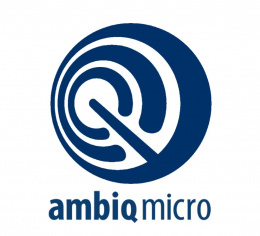 This is an in-depth guide on developing in the Arduino IDE for the Artemis module and any Artemis microcontroller development board. Inside, users will find setup instructions and simple examples from blinking an LED and taking ADC measurements; to more complex features like BLE and I2C.
Favorited Favorite 3
Note:The tutorial for Mbed™ is in progress, pending the next Mbed™ release. In the meantime, users can check out the tutorial below to beta test our fork of Mbed™ OS.

Although a Bash isn't required, it is a user friendly interface to pull GitHub repositories and navigate through a file system. For those that are unfamiliar, Bash is a Unix Shell (i.e. a command-line interpreter or shell that provides a command line user interface for Unix-like operating systems).

On most Mac and Linux computers, the Terminal program uses bash by default; otherwise, if you are accessing the shell, it is bash. For Windows computers, users will need to install a Bash shell emulator that has access to your file system.

We highly recommend Git Bash. For more information, please check out the following resources to get started with installing and utilizing Git Bash.

Adding File Paths: To utilize bash, users will need to add it to the operating system's file path.

Make is an automated build tool - you give it information about source locations and dependencies and it will automatically call a sequence of commands to compile or re-compile your project based only on the changed files. This can speed up compilation significantly in large projects. Make is a time-tested tool.

Adding File Paths: To utilize make, users will need to add it to the operating system's file path.

Users will need to install Python 3 to utilize the pyOCD debugging package; as well as, to install Mbed™ OS and AmbiqSDK development environments. For more information, please check out the following resources from the Python Software Foundation to get started with installing and utilizing Python 3.

pip3 is the package installer for Python 3. It should be natively installed with Python 3. For more information Python Package Installer, check out the online documentation.

Note: We recommend installing version 8-2018-q4-major of the GNU Arm® Embedded Toolchain.
Adding File Paths: To utilize gcc, users will need to add it to the operating system's file path.

Note: For first-time users, who have never programmed before and are looking to use the Arduino IDE, we recommend beginning with the SparkFun Inventor's Kit (SIK), which includes a simpler board like the Arduino Uno or SparkFun RedBoard and is designed to help users get started programming with the Arduino IDE.

Most users will be familiar with the Arduino IDE and it's use. As a point of reference for professional developers who aren't aware, the Arduino IDE is an open-source development environment, written in Java, that makes it easy to write code and upload it to a supported board. For more details, feel free to check out the Arduino website.

To get started with the Arduino IDE, check out the following tutorials:

Note: Users will need to install the board definitions for our development boards with an Artemis module.

For more instructions, users can follow this tutorial on Installing Additional Cores provided by Arduino. Users will also the .json file for the SparkFun Ambiq Apollo3 Arduino Core:

The Ambiq Suite SDK is a collection of software enablement for the Apollo, Apollo2, Apollo2-Blue, and Apollo3-Blue MCUs. The SDK includes a hardware abstraction layer (HAL), device drivers, and example applications to speed the understanding of the operation of the MCUs. Third party software including Arm®’s Cordio BLE Host stack and FreeRTOS v10.1.1 and v9.0 are distributed along with debugging tools and other support. This is the most ‘raw’ option - you can write C or C++ code that runs pretty close to ‘bare metal’ in a ‘professional’ software development kit.

For more information on the Apollo3 MCU and the AmbiqSDK, check out the resources below:

The programming process for the Artemis DK is straight forward. Once users build or compile a binary file for their code with the Artemis DK as the target, the file can be dragged-and-dropped (or copied) into the ARTEMIS mass storage drive on the computer.