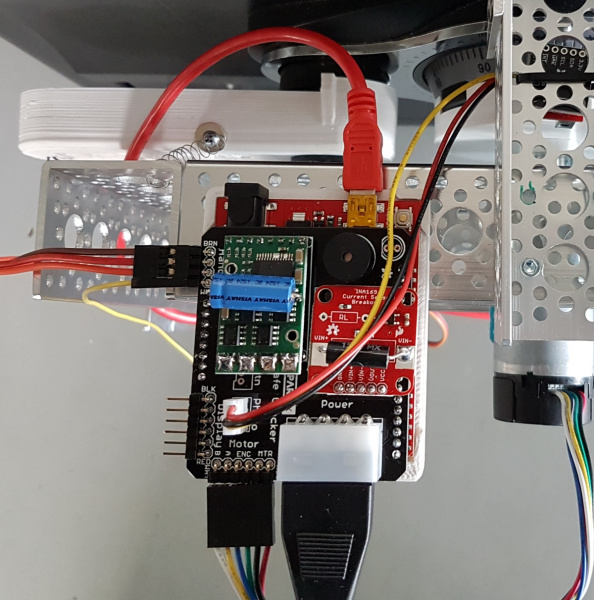 We used the trusty RedBoard to control everything. The Safe Cracker shield is a simple two layer PCB.

Bits on the shield: 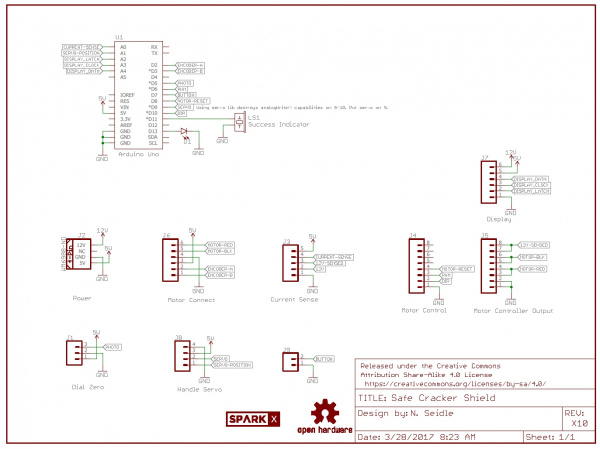 You can find the firmware here. While the code to control the SparkFun Safe Cracker got a bit large, it’s fairly straight forward. In essence, we go to a given dial location, pull on the handle, see if the handle moved far enough that we’re open, repeat. Additionally, we created functions to allow us to measure, as precisely as possible, the widths of the indents on disc C.