Never really going to have a starring role in a circuit, capacitors are nevertheless at the foundation of most designs. These caps are most commonly used for circuit decoupling, where they're placed in parallel with a DC voltage supply to suppress noise. They've got loads of other uses as well, such as energy storage and timing circuit tuning (see the 555 timer below). 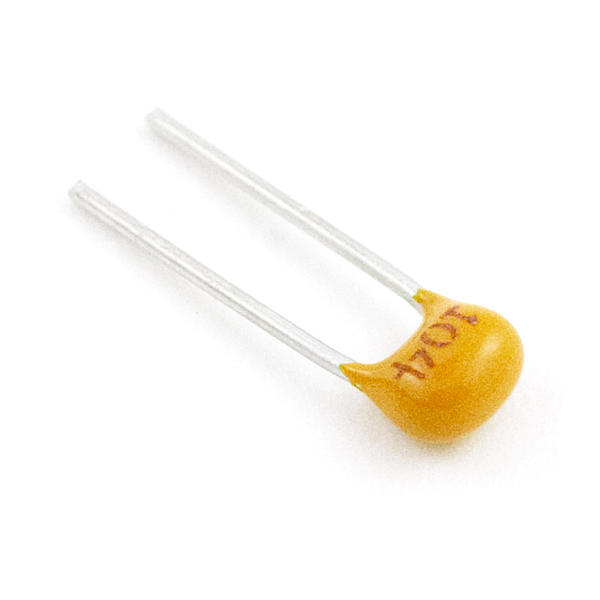 Each of these caps can be distinguished by the tiny print on their body. See the table below to match up each cap with its value, you'll probably notice a pattern:

The Electrolytic Capacitors - 10uF and 100uF

A not-too-distant cousin of the ceramic capacitor, these electrolytic caps have one very distinct trait: they are polarized, meaning they have both a positive and a negative leg. 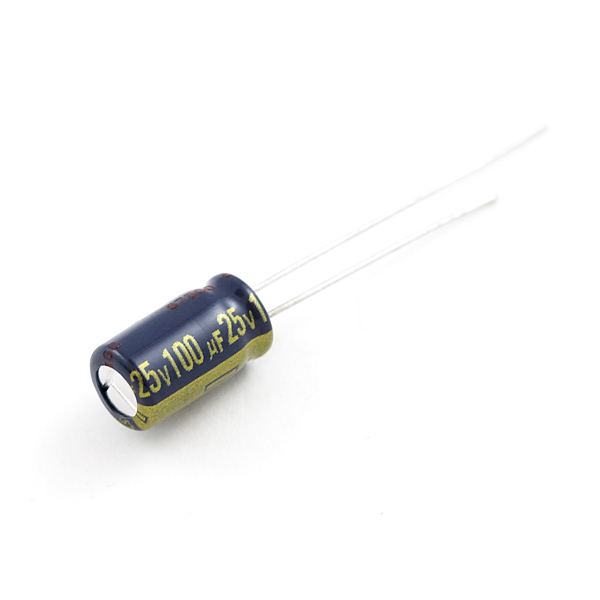 The negative leg is marked by both a "– " looking sign on the body of the cap (gold on the 100uF and white on the 10uF), and a shorter leg. Take care to ensure that the voltage on the long, positive lead is higher than that on the negative lead. If you do happen to hook the cap up backwards, catastrophic failure is imminent, usually in the form of the cap making a fun 'pop' noise, and sort of puffing out. Sounds fun, I know, but you've only got five of each, so you may want to keep them in working order.

For more information, check out our tutorial about capacitors.

Learn about all things capacitors. How they're made. How they work. How they look. Types of capacitors. Series/parallel capacitors. Capacitor applications.
Favorited Favorite 76
Share
Use this URL to share: