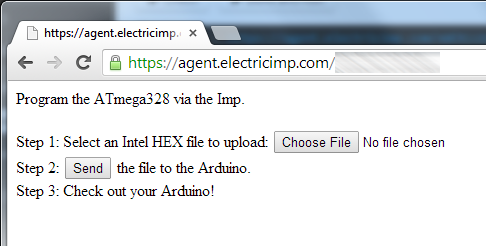 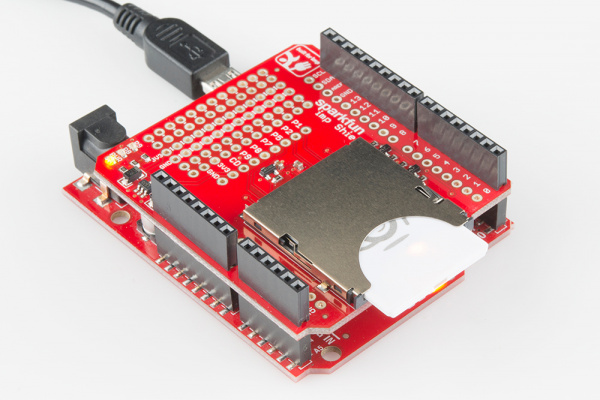 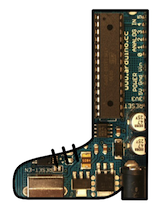 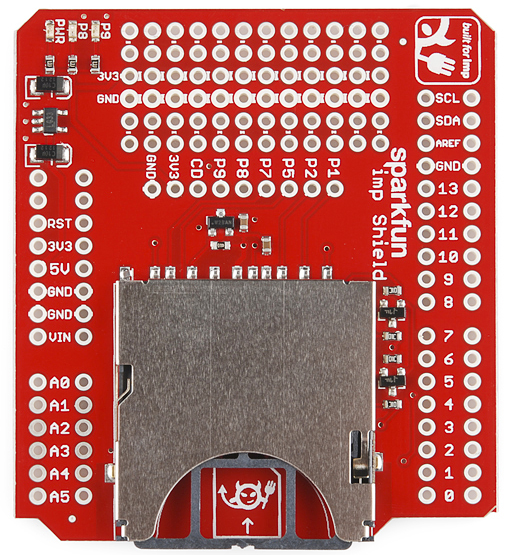 Imp Shield with no headers

The very first step is to solder the Arduino headers to the Imp shield. For more information about how to do this, checkout this tutorial. 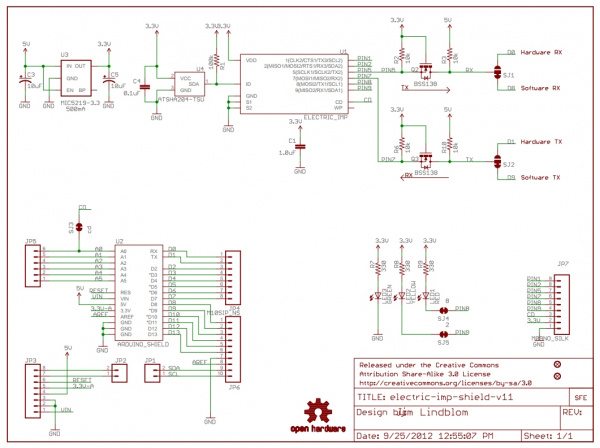 Schematic for the Imp Shield

Next, we need to re-route the Imp's UART to the Arduino's serial pins (0 and 1). By default the Imp Shield connects the Imp's serial port (pins 5 and 7) to Arduino's pins 8 and 9. 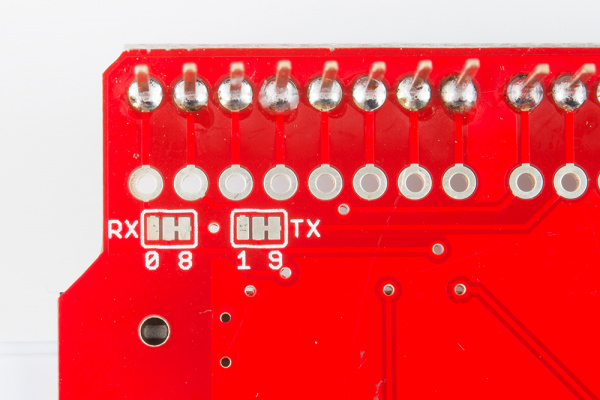 The TX and RX pads with default trace

Luckily, the genius behind the Imp shield design had the foresight to make it easy to switch pins (Jim is awesome). On the back of the shield, you'll find two jumpers labeled RX and TX. In the image above, you should see a small trace connecting the TX and RX pins of the Imp to the right pads labeled 8 and 9. 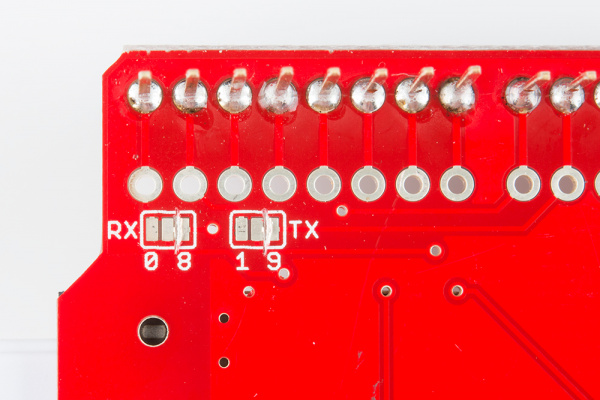 Default trace has been cut

Carefully use an exacto knife to cut the default trace. If you've never cut a trace before don't worry - it's easy! Just take your time. Cutting a trace is less like cutting through metal and more like scoring tile or scraping ice off your windshield; it takes a few passes. Once you've cut the traces, use a multimeter to do a continuity test to verify that you have indeed severed the connection between the center pad and the pad to the right. 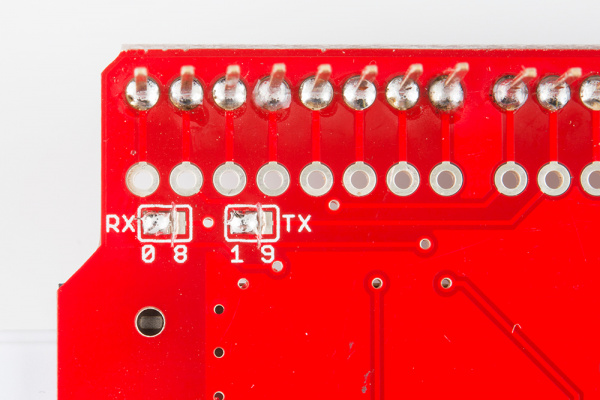 Next, add some solder and jumper the center pads to their matching left pad. The Imp should now be wired directly to the Arduino's serial port. 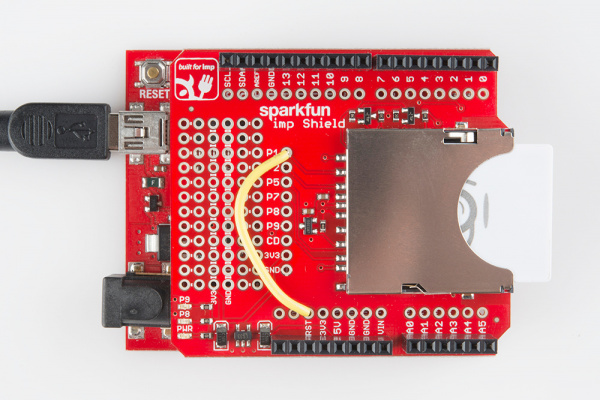 The final hardware modification is a jumper from P1 of the Imp to RST on the shield. This will allow the Imp to reset the Arduino whenever it pulls the P1 pin low. 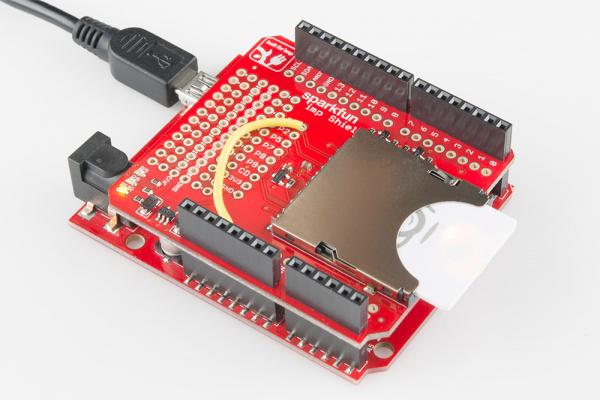 Full stack with jumper in place

Once you've soldered the jumpers and single wire, add the Imp shield to your Arduino and connect a USB cable. Assuming you have commissioned your Imp to your local wifi, the Imp should power up, blink red, then blink green as it attaches to the Internet.

Don't see the problem? How about now: 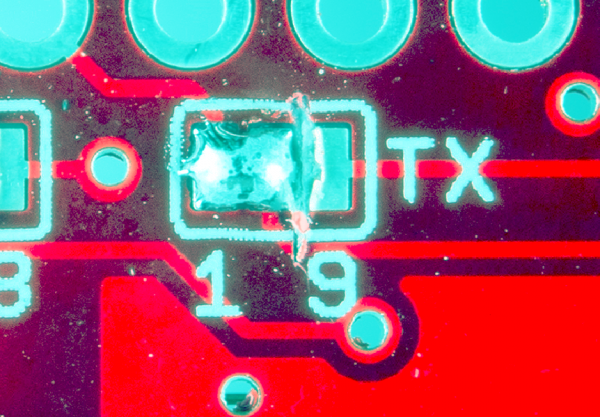 I was going too fast, the cut I made was too long, and I ended up cutting the TX trace to the Imp. When I attached everything to my Imp bootloading failed to work; everything was timing out because the Imp never heard a response from the Arduino (because the TX trace was cut). Luckily, I had a second functioning setup, so I tested my code on that. Everything worked, so I knew it must be a hardware problem with the board I was using for this tutorial. After a few minutes of scratching my head I used a multimeter to start probing for continuity. Once I discovered TX was not connected I tracked down this bad cut. 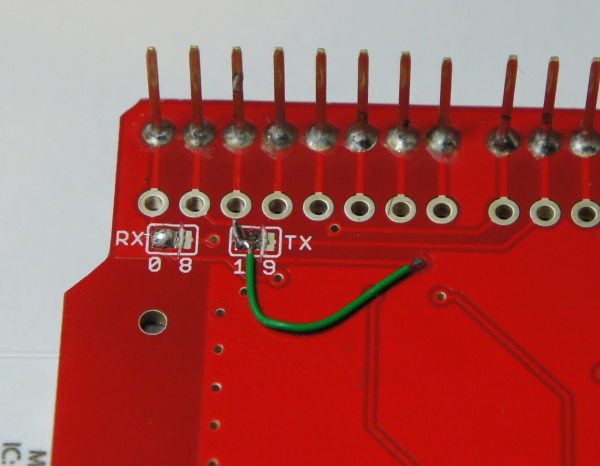 With some 30AWG wire wrap wire and some hemostats, the trace was quickly repaired, and the board started working as expected.

Take extra time when cutting traces so as to not cut beyond or knick nearby traces.

We are going to assume that you have already commissioned your Imp and gotten it onto your local wifi. Log in to your Electric Imp account and open the Imp IDE. Here is the code you'll need to load code into the Agent:

Above is the code for the Imp Agent

And here is the code you'll need to load into the Imp Device:

Above is the code for the Imp Device

Once you've successfully loaded both bits of code, find the agent link at the top of the page. Open another browser tab, and navigate to the agent link. You should be presented with a simple HTML page:

From here you can select the hex file you would like to send to your Arduino. The HEX file is found after compiling your sketch in the Arduino IDE. We'll tell you how to get these HEX files in the next section. For now, use these two: 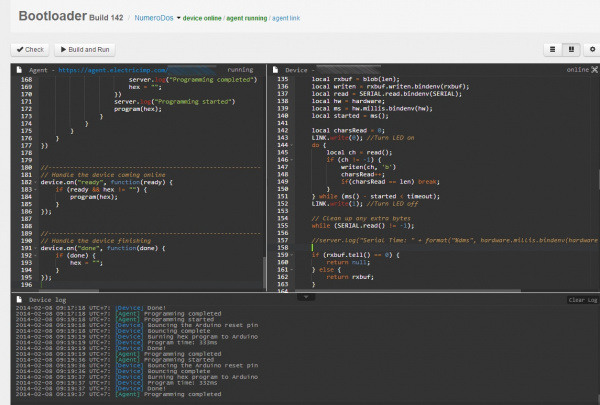 Watch the output in the IDE

The Imp will provide various bits debug information as well during booloading. If you run into issues, be sure to check the output from the Imp IDE.

By default, Arduino outputs the HEX file of your sketch to a rather hard to find, hidden, temporary folder such as C:\Users\Cylon\AppData\Local\Temp\build7734646579940080062.tmp\Blink.cpp.hex. Here's a trick to make change the output folder of Arduino to an easier to find C:\HEXFiles\Blink.cpp.hex. 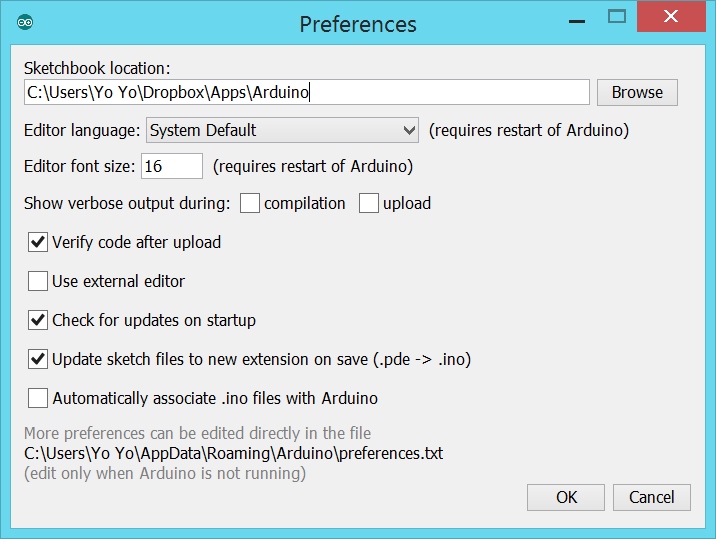 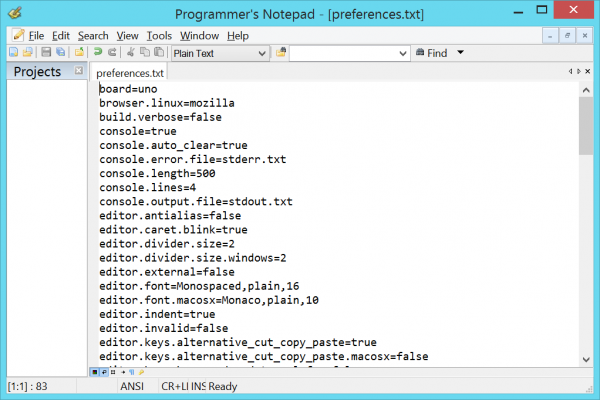 With Arduino closed, open the preferences.txt. Add a line:

Or the equivalent path for your OS. Any path without spaces is valid. I enjoy pointing both my Arduino sketch folder and output folder to a dropbox folder so that I can share libraries and HEX files between computers. You will need to avoid spaces in your build.path otherwise you may see this error:

For example: build.path=C:\Arduino HEX Files\ does not work because of the spaces.

Once you have a path in place, save the changes, and close the file. Reopen Arduino, and open a sketch of your choice (use the Examples->Digital->Blink if you have no other sketches). Hit the Verify button to compile the sketch. 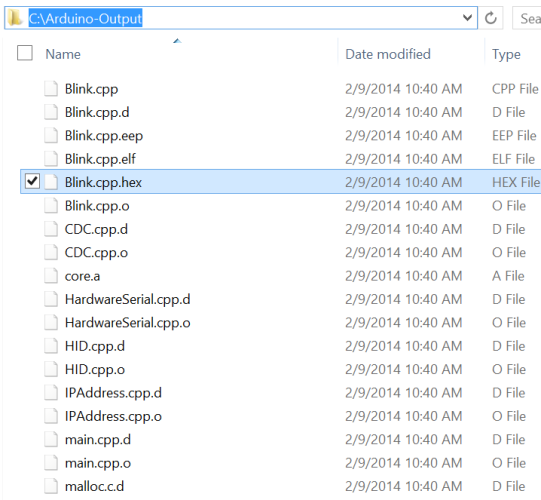 Now, navigate to the build.path folder. You should see a bunch of files including one with a .hex extension. This is the file that needs to be selected and sent via the Electric Imp bootloader.

The Tomatoless Boots project is a work in progress. If you found this tutorial helpful, or if you know Squirrel and would like to help, we would love it! Please let us know. There is also a place over on Github to file issues and help make improvements. A few features that would make Tomatoless Boots even better:

For more wireless goodness, check out these other SparkFun tutorials: