In this tutorial, we will assemble and use the SparkPunk Sequencer kit. 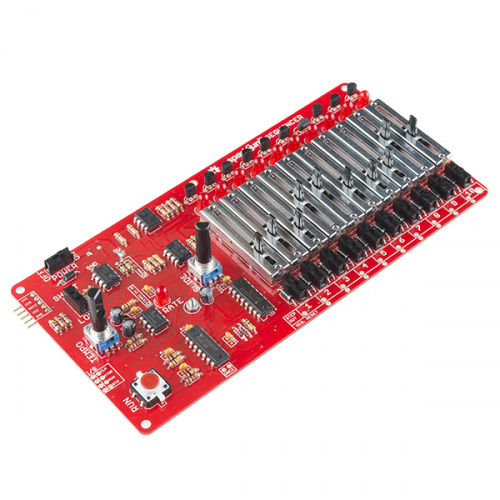 The SparkFun SparkPunk Sequencer is a musical control voltage sequencer designed to control the SparkPunk Sound Kit. With the… 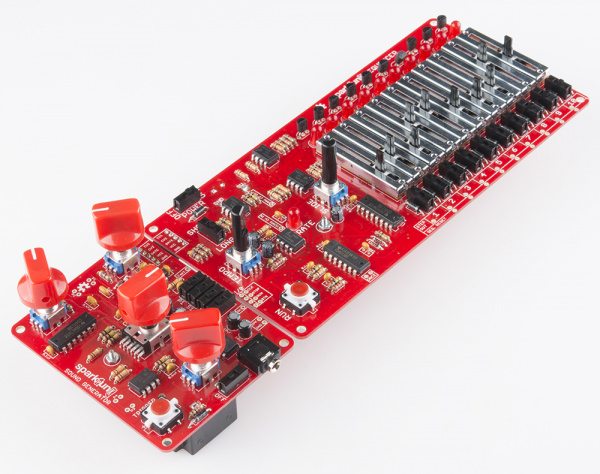 An Abbreviated History Of Sequencers

In general, a sequencer is a device that produces timed control signals in a particular order. These signals are used for many purposes - for instance, the electronic module that operates a set of traffic signals is one type sequencer, the control system that runs an elevator is another. Both have to produce the correct signals, in the proper order, with the right timing (such as stopping east-west traffic when north-south traffic is moving, then making sure the yellow light is illuminated for the correct period when the light changes).

The SparkPunk Sequencer is reminiscent of its analog forebears. It cycles among ten steps, reading the slider and switch for each, producing corresponding analog voltages on the output pins. It offers hands-on control, with its array of knobs, sliders, and switches. It seamlessly integrates with the SparkPunk Sound Generator for your creative musical enjoyment.

This tutorial will guide you through the assembly and testing of the SparkPunk Sequencer.

The SparkPunk Sequencer is more complex than most SparkFun soldering kits. It has a greater variety of components, mounted on a larger board. If you're new to soldering kits, or need some practice with component identification, we can recommend a number of simpler kits to help you get up to speed.