Sending data to the Simblee is only one half of the equation; we need to be able to get data back, when appropriate, as well.

This is a simple demonstration of doing just that; we listen to a button on pin 3 and then change the color of a box on the phone screen. The action shown on the phone is arbitrary; we could just as easily change a text value, for instance, or even move an object.

Here's the complete listing of the code; it can be downloaded from the GitHub repository directly or from Github as a zip file.

You'll know the sketch upload worked because the Simblee will appear in the app like this: 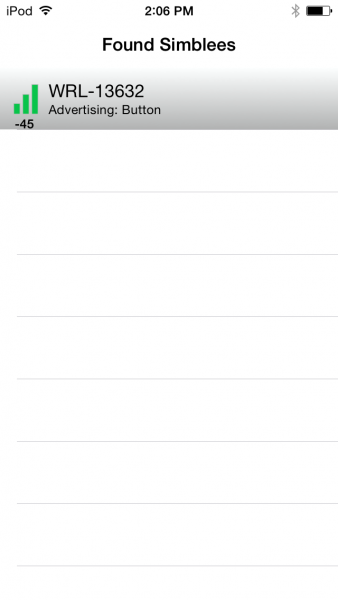 Here's what the GUI we've created looks like when the button is not pressed (left) and when it is pressed (right): 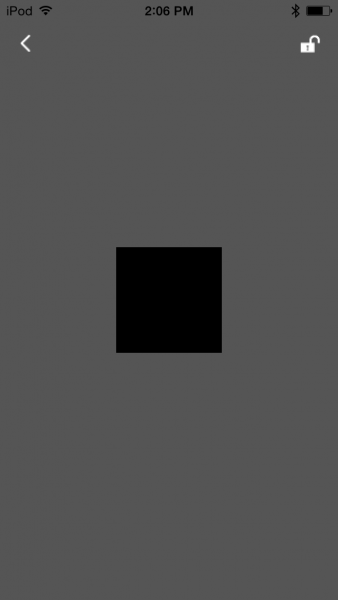