Heads up! Please be aware that the SAMD51 Thing Plus is NOT currently supported on Windows 8 due to a lack of support drivers for those specific OS's.

From the Arduino IDE, you'll still need to select the correct port on your machine, but you can just as easily use another programming language such as CircuitPython or MakeCode, which will be available in the near future.

Scroll down the page to the assets in the Latest release and click on the '.exe to download. The version number may be different depending on the release. The image below shows sparkfun_drivers_1.0.5.3.exe . 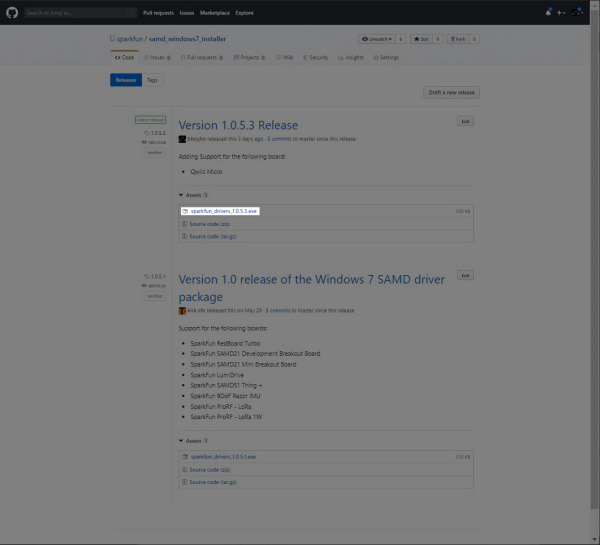 After downloading, click on the executable and follow the prompts to install. The steps to install are the same even though the following images show drivers for v1.0.5.1. 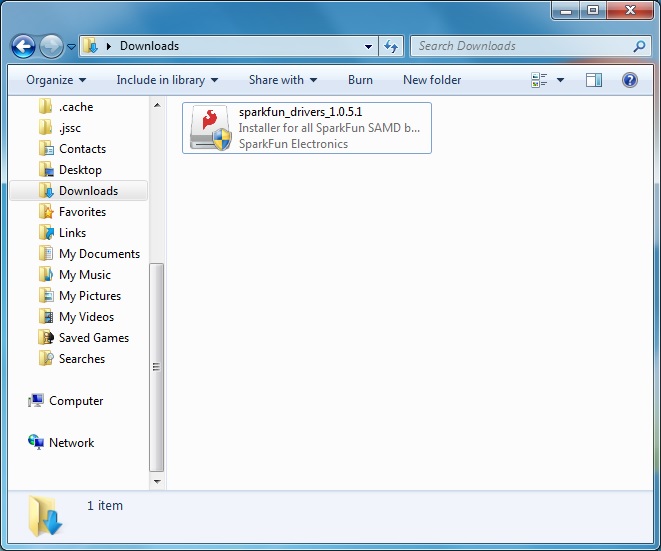 You will receive a warning from Windows. Click yes to continue. 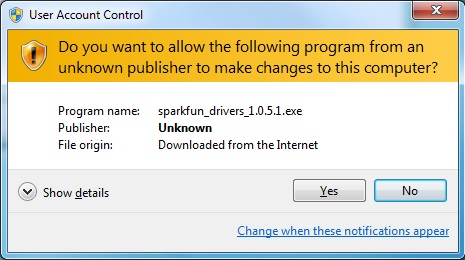 Another window will pop up. Read through the license and click "I Agree". 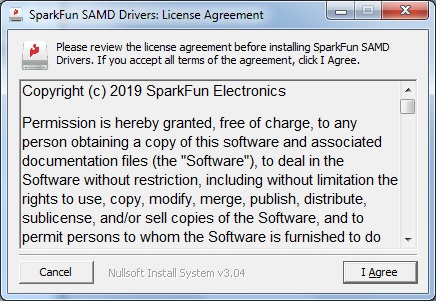 When ready, hit the Install button. 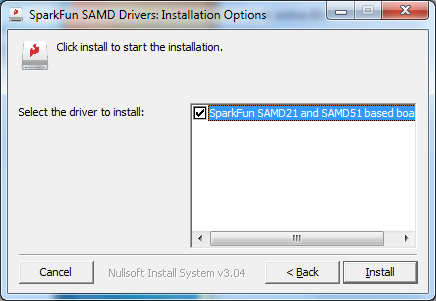 Another window will pop up. Click on "Install this driver software anyway" to continue. 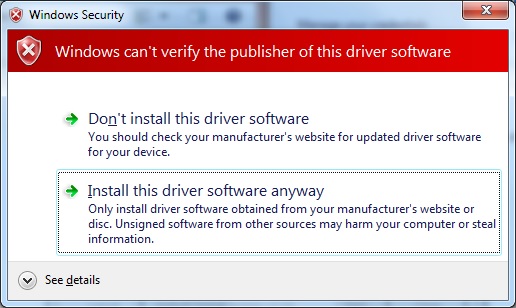 Your Windows 7 will begin installing the driver. This should take a few seconds. When the drivers have installed, hit the "Close" button to exit out of the installer. 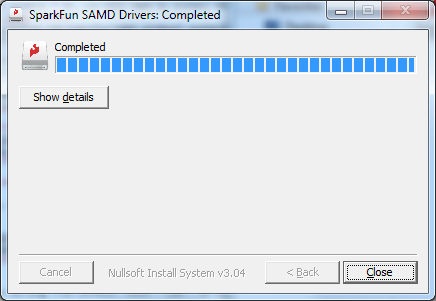 UF2 stands for USB Flashing Format, which was developed by Microsoft for PXT (now known as MakeCode) for flashing microcontrollers over the Mass Storage Class (MSC), just like a removable flash drive. The file format is unique, so unfortunately, you cannot simply drag and drop a compiled binary or hex file onto the SAMD51 Thing Plus. Instead, the format of the file has extra information to tell the processor where the data goes, in addition to the data itself.

For Arduino users, the UF2 bootloader is BOSSA compatible, which the Arduino IDE expects on ATSAMD boards. For more information about UF2, you can read more from the MakeCode blog, as well as the UF2 file format specifiation.

Double-Tap to Launch the Bootloader

On the SAMD51 Thing Plus, the there are a clues to if it is in bootloader mode:

To verify that your driver is working, you should see the difference in the following pictures after plugging in your SparkFun SAMD51 Thing Plus. Alternatively, once you have the Arduino IDE installed, you should also see a change in the number of available Serial/COM Ports (you may need to restart the Arduino IDE for the board to populate).

Check that the board shows up in your device manager. You can click the Start or ⊞ (Windows) button and type "device" to quickly search for the application. (*On Windows 10, the quick search function is picky on the spelling of the application you are searching for. For example, you may get results using "devi" and none for "device".) 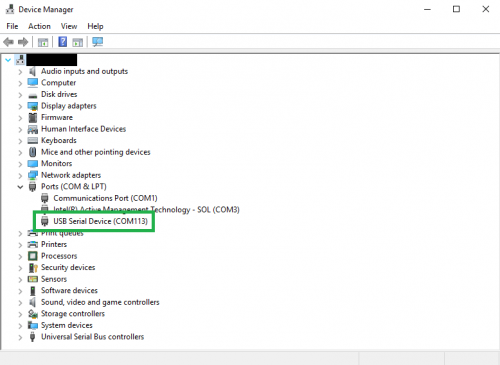 Screenshot of Window 10 Device Manager with the SAMD51 Thing Plus on COM113. Click to enlarge. 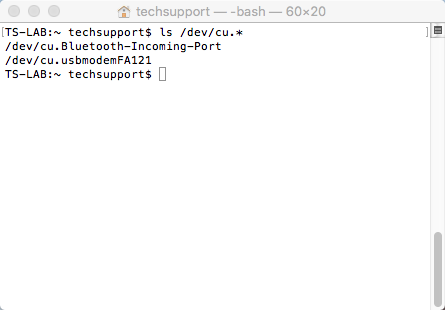 Screenshot of Mac OSX terminal with the SAMD51 Thing Plus on cu.usbmodemFA121. Click to enlarge.
Note: If you are still unsure of how to access the Terminal, watch this video or read this Apple support article.

Run the following command ls /dev/ttyACM* in the CLI/Terminal and check for the following changes (your board may show up under a different device name). 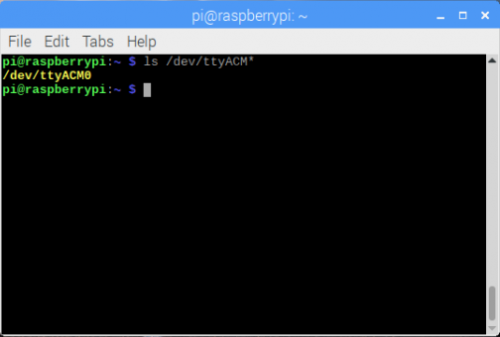