This section goes over configuring the keyboard, wired, and wireless internet.

The Raspbian distribution comes defaulted to European hardware. With US keyboards, the " (quotation mark) symbol is replaced by @ (commercial at) and our number sign # is replaced by the European pound sign £. This can make it aggravating when trying to #define things.

The easiest method of configuring the Pi is using the PIXEL desktop. For those that need to adjust the settings again after the initial setup, check below! 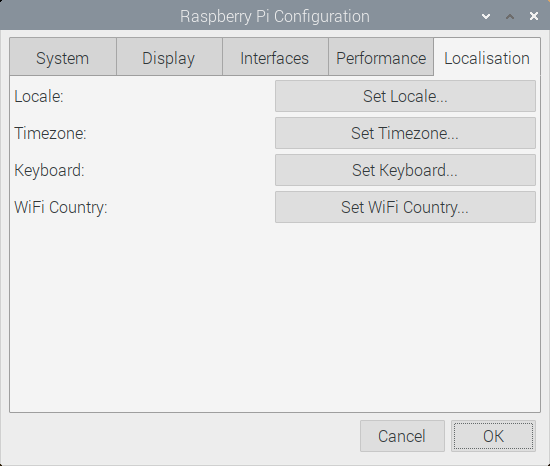 Raspbian does a good job of configuring wireless networks automatically. By default, DHCP is configured so that the Pi will receive an IP address when a network cable is plugged it to the Ethernet port or when a wireless network is connected.

To use the graphical network tool, right click on the icon on the right side of the task bar, and click "WiFi Networks (dhcpcdui) Settings". Then, select the interface desired (wlan0 or eth0) to disable the DHCP and set your own IP, if necessary.

To connect to a wireless network, click on the icon, select the desired network, and enter the password. 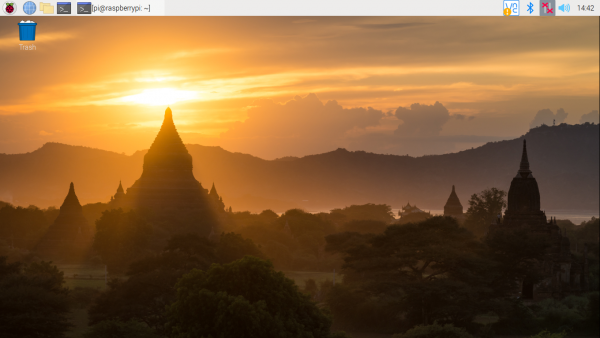 Hovering over the icon will bring up a status of wlan0 and eth0 that also shows the IP address.

For advanced users using the command line, you can use the CLI to adjust the settings.

Invoke the config tool with the following command in the command line:

Then take the following actions:

We recommend restarting the Pi at this point to ensure that the changes take effect.

At this time, the network configuration works out of the box so there's really nothing to configure, but in case something goes awry, here's the basics of what can be played with and a known-working configuration to compare with.

A configuration file, interfaces, configures both wired and wireless devices. Enter the following command into a terminal to edit the interfaces file.

Replace "nano" with "leafpad" if you prefer graphics. Here's what our Pi 3 is using:

By default, this file is set up to get its configuration from /etc/wpa_supplicant/wpa_supplicant.conf, which is really the proper place for wifi information. Here are the contents:

A note on network configuration: Try the GUI tool first, and only modify the files as a last resort. If you find the tool doesn't work, save your configuration files as a backup, and don't be afraid to try your hand at a manual configuration.

Sometimes the link should be cycled for a new configuration to take. Rather than shutting down the pi and restarting, use ifdown and ifup to bring the link down and back up.