If you haven't yet assembled your Qwiic Shield, now would be the time to head on over to that tutorial.

With the shield assembled, SparkFun's new Qwiic environment means that connecting the sensor could not be easier. Just plug one end of the Qwiic cable into the Flex Glove Controller breakout, the other into the Qwiic Shield of your choice and you'll be ready to upload a sketch and figure out how bent your fingers are. It seems like it's too easy to use, but that's why we made it that way! 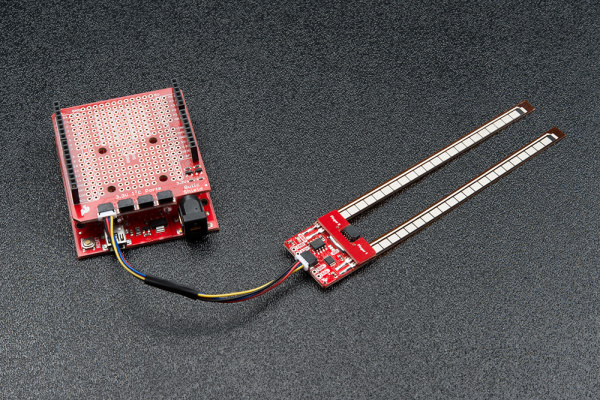 You may want to integrate this board into some gloves, after all, that's what it was originally designed for. If you're looking to get sensors on 8 fingers, you'll need 4 glove boards, and if you have 4 boards on the same IsC bus, you'll need to use every address available to the ADS1015. So get started by changing the addresses of your boards so no two boards share the same address.

Now we want to attach our boards to our gloves. We've found it best to sandwich the board between two layers of gloves to keep the sensor flush with the finger. To accomplish this, we'll sew the board to the outer layer of the inner glove. First, lay the glove out flat and place the board on the glove so that the ends of the flex sensors reach the tips of the fingers. 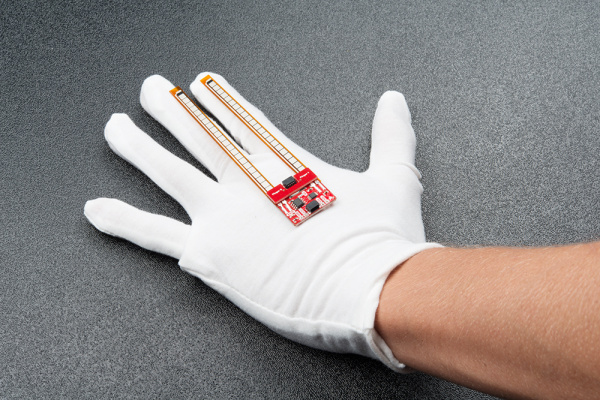 Once you have the sensor laid out on the glove, take a marker and mark the point where the sewing hole touches the glove. 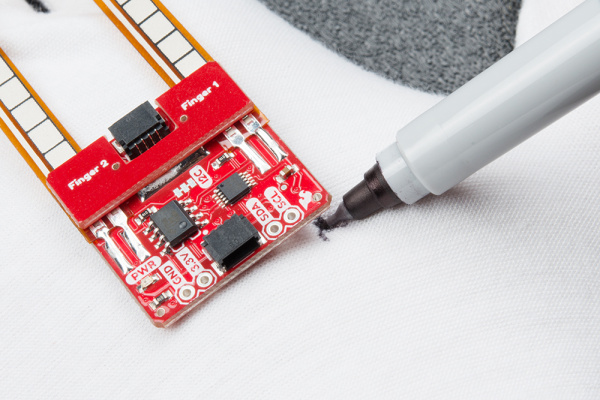 Now simply sew the points to the available mounting holes on the sensor, The finished product should look like the below glove. 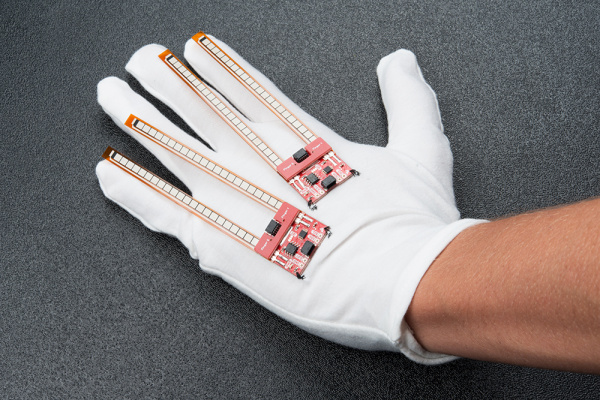 Now it's time to hide the circuitry under a second glove. Go ahead and put the just the fingers of the second glove on, then slip the flex sensor down the gap between the the two layers of fabric. Sensors are shown at various states of this process in the image below. 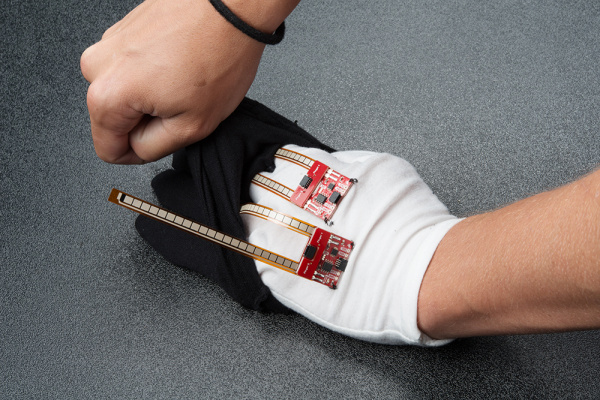 Now just plug Qwiic cables to connect both boards together, then plug one board into your microcontroller so we can get readings from the glove.