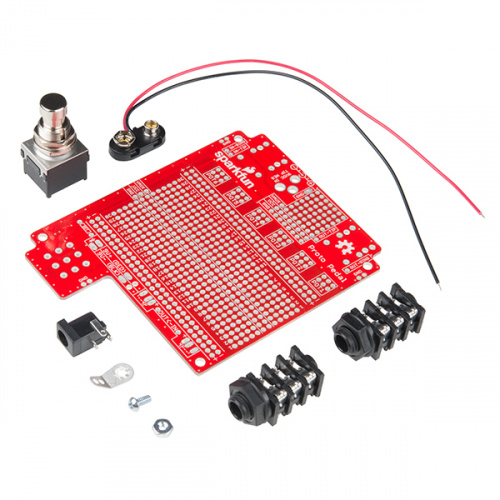 The SparkFun Proto Pedal is an easy-to-assemble kit that makes building guitar effect pedals easier. Let's face it, most guit…

Lets face it, most guitar pedals start with similar circuitry -- you need the input and output jacks, the bypass switch (hopefully with a status LED), and a barrel jack for power input. In some circuits, there may be as much wiring involved in the jacks and switch as there is in the effect itself.

This PCB handles all of the essential jack and switch related wiring. It offers:

To protect the PCB from the hazards of stage and studio, we've also got an optional, matching, pre-drilled die cast enclosure. 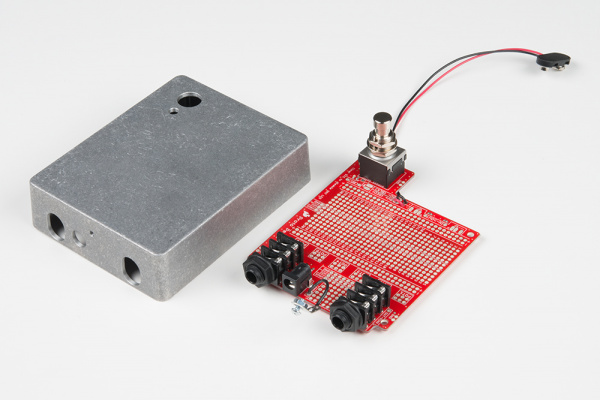 This guide will show you how to assemble the PCB, then explain the I/O, power, and switching circuits. If you're new to building guitar pedals, this guide should help you get started. If you're experienced with electronics, but new to guitar pedals, you might want to check out the prototyping and theory sections, because guitar pedals employ some clever and unique circuit conventions.

Before we even get into discussing the basics of the proto pedal, we need to mention that the barrel jack is wired according to the convention for guitar pedals -- the sleeve of the jack is positive 9V, and the tip is ground. This is the opposite of the wall warts that SparkFun sells!

The upside is that it's compatible with nearly any pedal power supply, such as the Boss PSA Adapter, or the Voodoo Labs Pedal Power supply.